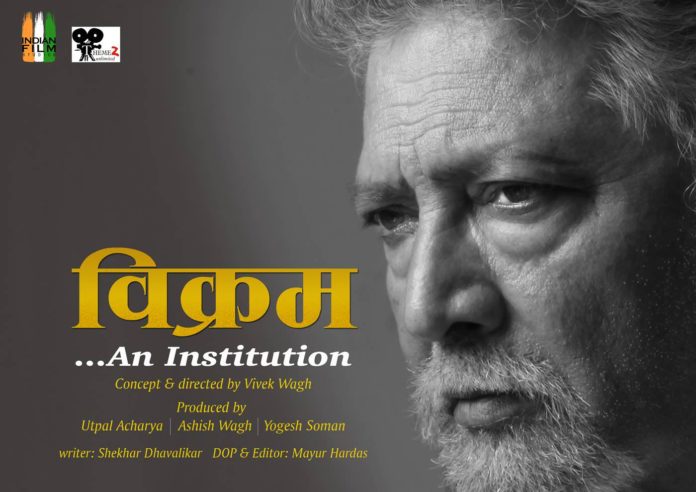 Vikram – an Institution, a documentary featuring journey of Vikram Gokhle will be releasing very soon. Vikram Gokhle has been a star and a legend in all the mediums. His stage presence, charismatic screen presence has been admired by the audience for the decades.

The documentary is conceptualized and directed by Vivek Wagh and produced by Yogesh Soman, Ashish Wagh and Utpal Acharya. Shekhar Dhavalikar has written this documentary.

Vikram Gokhale’s entire family has been associated with the arts and culture. His grandmother Kamlabai Gokhale was the first girl child to appear on the screen as a child artiste. Chandrakant Gokhale, his father was a celebrated actor on the stage and in the films. Thus, Gokhales are having a tradition of acting for more than a century. Vikram has also started his footsteps in the acting at an early age. He has worked in Marathi, Hindi and Gujrati for various film, theatre and TV projects.

His journey of these five decades in the entertainment industry and his social work will be shown in this documentary. Important people from his life will also be narrating incidents from his life. Vikram himself will tell about his acting journey and personal memories.
.