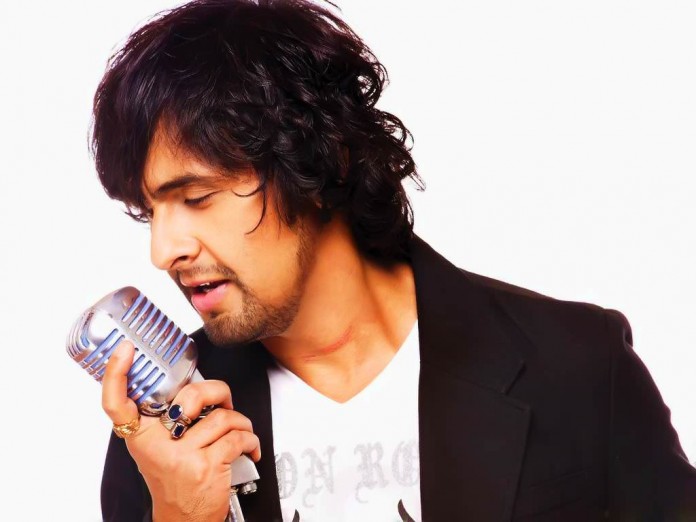 Sonu Nigam the sensational bollywood recently sang for a new Marathi Film ‘Online Binline’ with Priyanka Barve. This is a slow track which will show the romantic camaraderie between the lead pair Sidharth Chandekar and Rutuja Shinde. What was more exciting, Sonu sang this entire song in one take! He was mesmerized with the lyrics and tune very much.

This song will be shot in slow motion like Pahla Nasha from QSQT. What also adds to its melody is the chemistry between the two singer’s resonant voices. After hearing the edited song the Producer Shreyash Jadhav thought Sonu Nigam was as magical as rainbow in sun and will surely compliment the character played by Sidharth Chandekar.

‘Online-Binline is directed by Kedar Gaikwad. Film’s star cast comprises of Hemant Dhome, Sidharth Chandekar, Rutuja Shinde. The film is scheduled to release in the month of June, 2015.