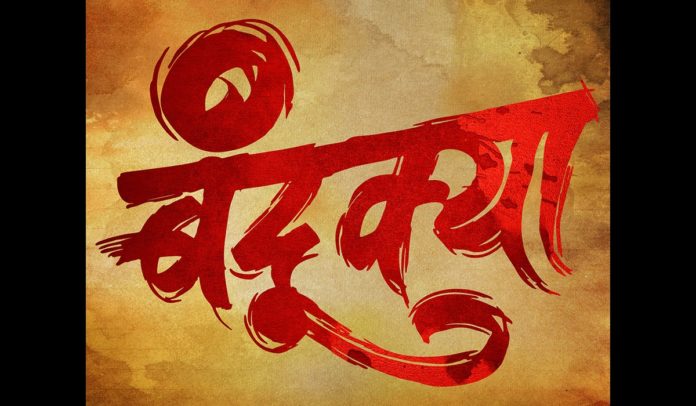 Dialogues peppered with authentic desi abuses and some earthy, vibrant performances is what ‘Bandookya’ promises to bring to cinema screens on 1st September. Produced by Rajendra Borse & Pratibha Borse’s ‘Varsha Cinevision’ and directed by Rahul Manohar Chaudhari, the film showcases age old customs and traditions in a way that strikes a chord with each member of the audience.

The main roles in the film have been essayed by Atisha Naik, Shashank Shende, Namdev Murkute, Nilesh Borse, Amol Bagul, Tanmayee Chavanke & Unnati Shikhare. ‘Bandookya’ is set in a rural background and the quaintly ‘abusive’ language it employs is part of the colorful dialect of interior Maharashtra. No wonder, this film is in a genre of its own and promises to entertain audiences with its delightfully earthy presentation.

‘Bandookya’ which is sure to delight you with its distinct brand of entertainment, will hit cinema screens in Maharashtra on 1st September.