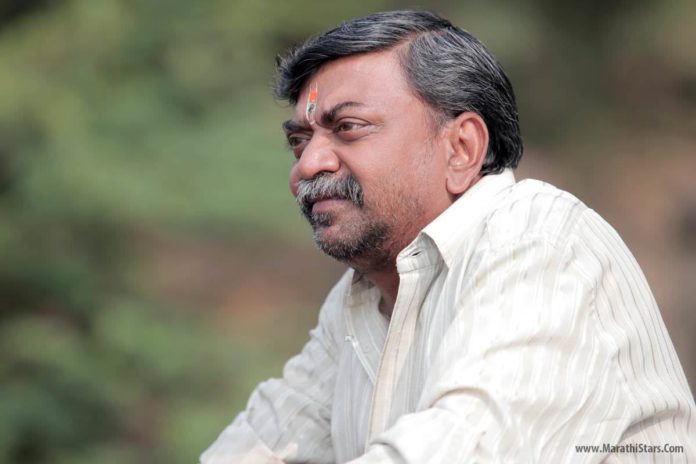 Shashank Shende starrer ‘Ringan’ is releasing on 30th June & on this occasion we made Shashank Shende open up about Ringan, Marathi cinema, Majid Majidi & life in general!

Yes it would have been a different film, because ‘Pandharpur’ is a character in this film. The film has been consciously placed in Pandharpur & not accidently. Pandharpur is Maharashtra’s most holy place. Every needy person comes at Pandharpur to meet Vitthal.

Many audiences have already seen the film at different film festivals, what are their reactions?

The major reaction that I observed at almost all places where the people saw this film was that within 5-10 minutes of the film’s runtime the audiences don’t feel that they are watching a film! The fourth wall between the screen & the audiences was broken. They felt as if they are actually a part of the process & it’s all happening in their presence.

Sahil Joshi, who plays your child in the film, is without a mother in the film. In real life Sahil’s father has passed away, how did you prepare him for this role?

Firstly, Sahil came with someone else for the auditions. He wasn’t really there for the auditions. But when Makarand (Makrand Mane, director of Ringan) saw him, he asked Sahil if he would like to work in the film, and he said yes. Very soon Sahil was locked in for the role & the rest of the process started. Sahil was part of the reading process, improvisations & all. Then when the film was shot for around 20 days in Pandharpur, Sahil didn’t have anyone from his relatives. He lived with us, with the whole team. He is actually from Talegaon Dabhade & his performance is too sweet in the film! 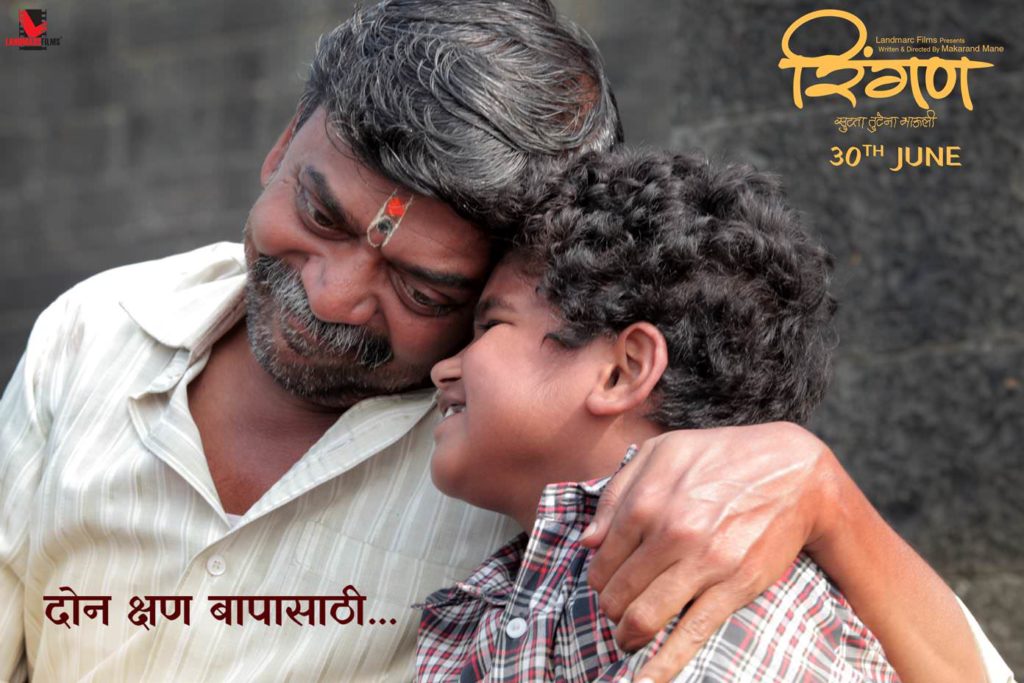 Sir, is there any resemblance of your personal journey so far to the journey that your character goes through in this film?

I think there’s a ‘Ringan’ in everyone’s life. We start from a point & then at a point a circle is completed. We start from zero & reach 100. My character’s journey too is similar. Throughout his journey he goes through many experiences, many emotions & that applies to all of us. But we don’t realize it when we are going through this whole journey. This personal journey gives us the essential maturity.

Though the journey of your character in this film is filled with sorrow & obstacles, there’s still an uplifting, positive approach to the film!

That too is a conscious decision! From the very beginning we wanted to make this film about the goodness in human beings. Yes there are many unfortunate things happening all around but we’ve made an attempt to give a solution to this. We’ve shown in this film that if a human behaves like a human, many of our problems can be solved. And that is the best part about the film. There are no unnecessary songs or other interruptions or even any melodrama. The film goes on smoothly. One thing’s for sure the audiences will feel that they’ve watched something fulfilling.

The basic theme of this film, the father-son relationship or the backdrop of poverty, all of it is very universal. From Bicycle Thieves to countless other films around the world, many films have been made on it. What is it that you think is so universal about it & why all audiences connect with it?

More than poverty this film is more relation-based, the father and his son & the relation between them. Suppose in a scene a father slaps his child. When an audience watches a film like this, they actually get into the actual scenario of what has driven the father to do such an act. Today the father & son relationship has evolved differently. There is no longer a wall between them. Today my child shares a lot of things with me, & I too share a few things with him. All this is because of the emotional strength that has grown along the years. This same is relatable to all audiences & it’s not really intellectual in any way.

I think most of our stories are relationship-based. I am a little doubtful whether our films are exploring the cinematic aspect of these stories. If I am shown the same thing that I can watch on T.V., then what’s the point? 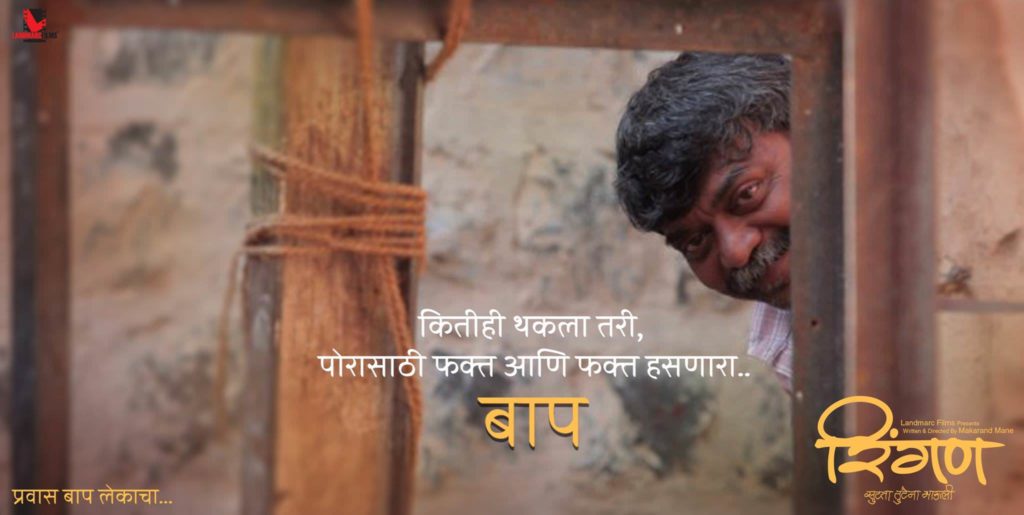 You mean we aren’t exploring the visual aspect of cinema?

Not simply visual, but a particular thought needs to be explored differently in Cinema. I recently shot for Majid Majidi’s upcoming Irani film ‘Beyond the Clouds’ here in India itself. I realized the same working with him. He stressed to explore different aspects of a particular relation, whether it’s a father-son relation or anything else. I feel to explore more we need to have command over this medium. If you notice most of our recent good films like ‘Fandry’ or ‘Khwada’ or others are a reflection of the past of the director-writer. The next step after this is about ‘crafting’. You take a story & craft it with a start, middle & an end. There are very few craft oriented films in Marathi. The recent ‘Muramba’ did have the craft in some aspects though.

Yes along with ‘Muramba’ we also have films made by Umesh Kulkarni in Marathi!

Umesh is truly an exception. I think he is the only director in Marathi who has truly understood the language of Cinema. But the rest of us are still pretty much dialogue oriented. In Umesh’s films we can actually see the story unfold through visuals. Hence, Umesh is not bounded simply by Marathi films. He is truly a world class director. Umesh, Majid Majidi & other such filmmakers don’t belong to any language or country. They are all beyond all this boundaries.

How different it was to work with Majid Majidi compared to working with Indian filmmakers?

A lot different! My first shot took around 15 takes! Majid Majidi doesn’t speak any other language but Persian & the mediator was telling something very different from what Majid Majidi actually wanted from me. The cameraman of this film, Anil Mehta told me to work this out differently. Then the three of us we discussed a bit. I asked Majid Majidi to perform & show me what exactly is that he wants from me. And believe me Majid Majidi is as good an actor as good a director he is! Then what I performed satisfied him! We Indians in general react loudly to everything. And we never listen to the person speaking. The process of listening, digesting & then to react on it is hardly understood by us.

Sir, on a final note how do you think Ringan will inspire the audiences?

I think Ringan is a film that underlines the goodness in human beings. Yes it’s a father-son movie, & its set in Pandharpur but the defining aspect of Ringan is the commentary about the goodness within us!