Shashank Ketkar is an actor who has huge following among the Marathi audiences, even though he has been very selective about his work. His performance in his debut feature film ‘One Way Ticket’ was loved by his fans. And now he is soon returning with his second film titled ‘Bhagwat Geeta’.

The poster of this film was recently revealed on social media by Shashank himself. In this poster along with Shashank’s silhouette there’s also a silhouette of an actress! Most of the fans are predicting that the actress is none other than ‘Kahe Diya Pardes’ fame Sayali Sanjeev. Well, we can’t rule out the possibility, look at the poster carefully! 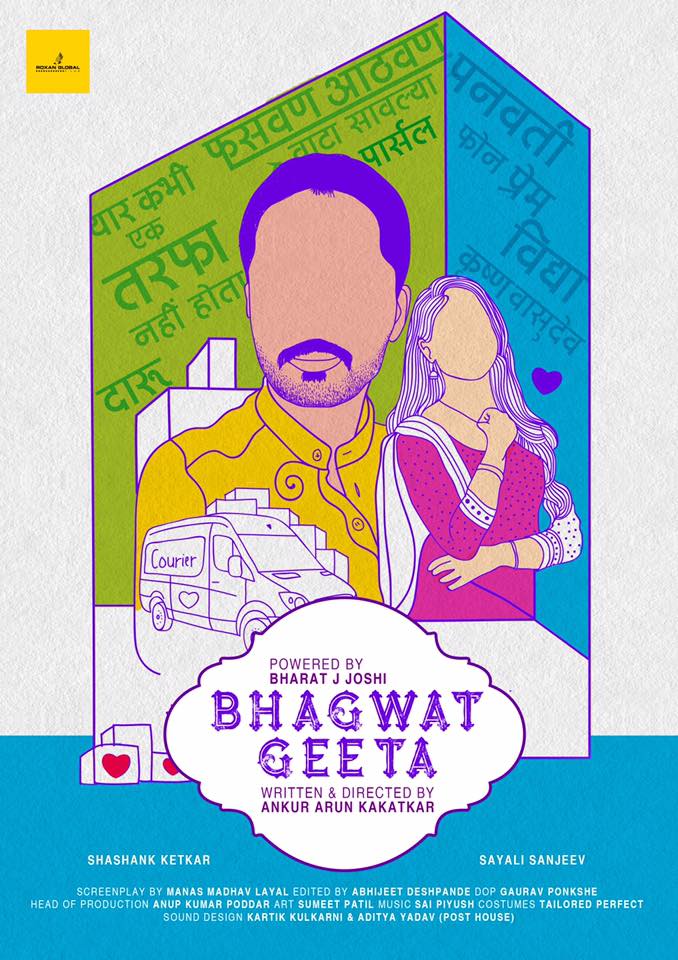 The film is produced by Bharat J Joshi & is written & directed by Ankur Kakatkar. The poster presents many elements which can be an essential part of the film like one sided love, courier van, & alcohol! Further details about the film will soon be shared by us once they are out!