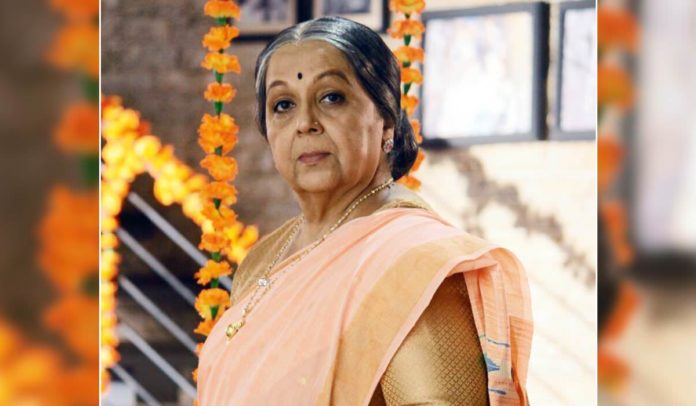 Rohini Hattangadi is one of the few artists who has worked extensively on all three mediums of films, theatre & television with equal success. From Marathi, Hindi to Hollywood she has done it all. For many years she had a strong bond with Colors Marathi as she starred in the superhit serial ‘Chaar Divas Sasuche’. A serial that made her an household name all over Maharashtra.

Now after 3 years she is returning to Colors Marathi with the upcoming serial ‘Sakhya Re’. The serial also stars our favorite actor Suyash Tilak & talented debutant Dnyanada Ramtirthkar.

In ‘Sakhya Re’ Rohini Hattangadi essays the dashing character of ‘Masaheb’. ‘Masaheb’ is an elderly, respected & powerful woman from a royal family. The audience were waiting for Rohini Hattangadi’s comeback from a long time now. And now she is back with an exciting role in refreshing new serial ‘Sakhya Re’. We are already sure that the audience are going to love the serial & Rohini Mam’s performance in it!

So don’t forget to watch ‘Sakhya Re’ on Colors Marathi very soon.