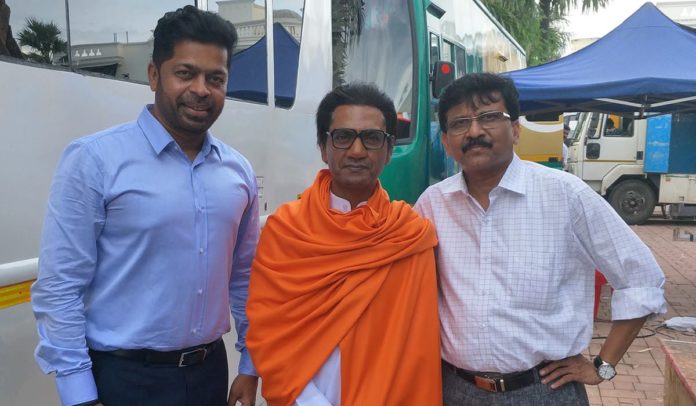 Balasaheb Thackeray has been a cultural icon for Marathi Manoos! After being a leading political leader he was also a talented cartoonist! He started from humble beginnings & one day became the voice of the Marathi Manoos. Now, this inspiring life story of Balasaheb is all set to be told on the big screen. And who better than Shivsena MP & Editor of Samna Sanjay Raut could tell this story?

Set in the Mumbai of 1960s the film has sets that perfectly reflect that time, Nawazuddin too looks so much like Balasaheb & the teaser of the film has excited the audiences. All this has made Carnival Motion Pictures all excited to produce this film alongside Sanjay Raut. The same banner got much success with their last film ‘Sachin: A Billion Dreams’. This film is also being produced in Hindi, Malayalam & other languages alongside Marathi.

Produced by Sanjay Raut & Dr. Shrikant Bhasi, Abhijeet Panse directorial ‘Thakre’ is set to release in theatres on 23rd January 2019 all over India!