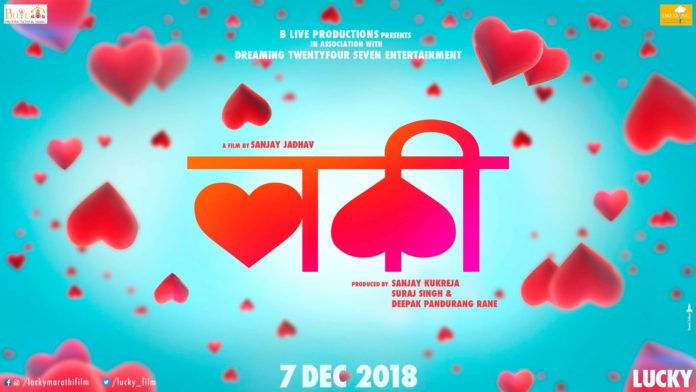 ‘Duniyadari’ & ‘Ye Re Ye Re Paisa’ fame director Sanjay Jadhav is soon coming up with his upcoming directorial film ‘Lucky’. The film is produced under the banners ‘B Live Productions’ & ‘Dreaming Twenty Four Seven’, & the producers are Sanjay Kukreja, Suraj Singh & Deepak Pandurang Rane. ‘B Live Productions’ have been in the field of events & music & are now making their debut in film production debut along with this Sanjay Jadhav film.

Since the starcast of any Sanjay Jadhav film is considered as the film’s biggest USP, everyone is excited to know about it. However director Sanjay Jadhav reveals that currently the film is in scripting stage & once that is locked they would decide upon the casting of the film.

Another speciality of Sanjay Jadhav is that he announces the release date of the film in the very first announcement about the film, he has done the same this time too! The release date set is 7th December 2018! It would be interesting to see which genre Sanjay Jadhav deals with this time after giving us a heist comedy in the form of ‘Ye Re Ye Re Paisa’ last time!