Music and the first look of the much awaited Marathi film “Sanngto Aika” was unveiled by Bollywood Superstar Salman Khan in a star-studded event. Noted director Satish Rajwade, who has hit films like Premachi Goshta, Mumbai Pune Mumbai to his credit, is directing the film which will be release on 2 October all over Maharashtra.

The music is scored by Avinash-Vishwajeetwho have scored music for more than 55 Marathi films. The ace Bollywood singer Sonu Nigum and Bela Shende has rendered their voice to ‘Datale Abhaal’. Sachin has sung ‘Fu Bai Fu’, an interesting song that has been energetically picturised in the film. Urmila Dhangar’s vigorous voice to the ‘Fantastic’ Lavani is an experience to be taken first hand by music and dance lovers. This Lavani is also presented in the form of a remix for today’s generation.

“Sanngto Aika”, produced by Vidhi Kasliwal and presented by Landmarc Films, is directed by noted director Satish Rajwade. Superstar Sachin, in the lead, and other renowned artists and technicians from the Marathi film industry have come together for this film. With Sachin donning a unique look for his character in “Sanngto Aika”, the cine-goers are eagerly awaiting the release of the film. 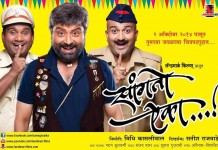 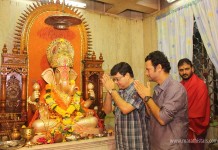 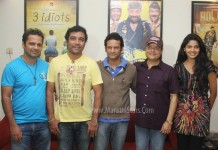