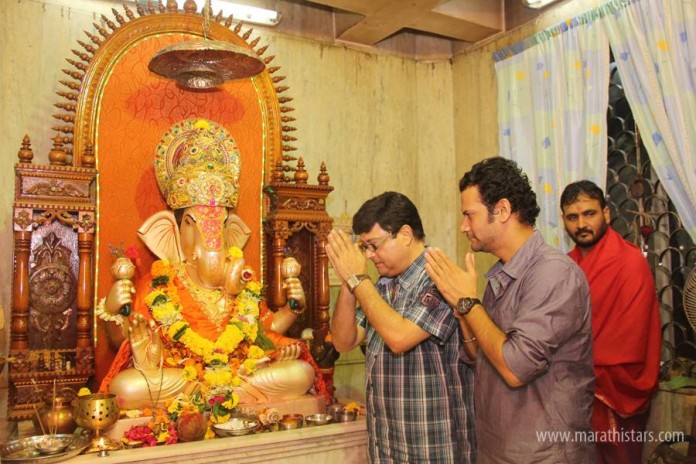 Sachin Pilgaonkar said “As an ardent devotee of Lord Ganapati whose blessings I seek before starting each day, I am grateful to the organizers of Umarkhadi Cha Raja to have given me the opportunity to perform the Sthapana Puja.”

The film is being helmed by distinguished director Satish Rajwade, who has given many back-to-back successful films like ‘Premachi Goshta’, ‘Mumbai-Pune-Mumbai’ among others.