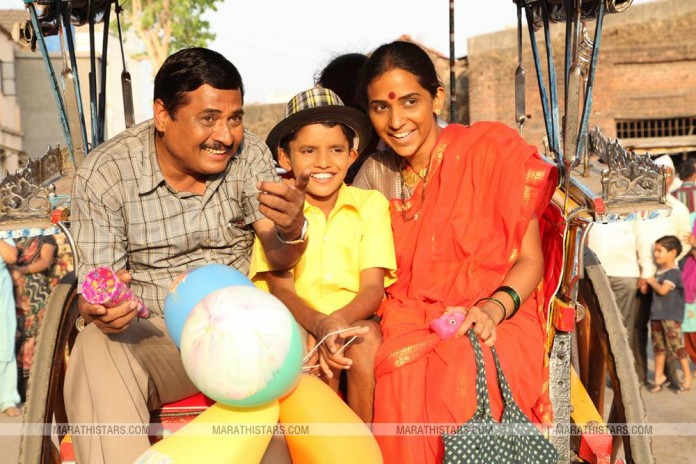 Tapaal will release all over Maharashtra on September 26th. Noted Bollywood Cinematographer Laxman Utekar who has done cinematography for popular Hindi films like English-vinglish, Boss, Blue has made a debut as a director through TAPAAL.

The film has already created raves in various film festivals and received many prestigious awards before release. The world premiere of Tapaal was held at Busan International Film festival in South Korea. The film received a good response from the audience at the film festival. Noted actress Veena Jamkar was felicitated with coveted IFSA award in South Africa for her role of Tulsa. Child artist Rohit Utekar was felicitated with the best child artist award for his role of Rangya, in Tapal, in the 51th Maharashtra state Marathi films awards ceremony and lyricist Prakash Holkar was honoured with the best lyricist award for the song ‘Don Disanchi Savali’,in Tapaal.

The film is based on the backdrop 0f 1970’s and it will take the audience to the era of Tapaal. The film has beautifully woven various elements like Innocence, emotional bond between the relationships and human values together. The story which revolves around the incident which takes place in the life of Postman Devram, his wife Tulja and a small kid named Rangya and how the two days make an impact on their lives manages to engage the audience. 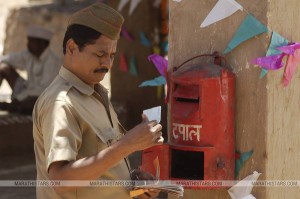 While talking about the film, producer Varsha Satpalkar said, “We have not entered into this field to make commercial movies which will make money. Maitreya Mass Media has decided to make films which will have a meaningful story as well as social message. That was the reason they made Tapaal as their debut film. The young generation doesn’t know the joy one gets when the postman brings the Tapaal at home. They can get the same joy after watching the film. We really like the story written by Mangesh which not only entertains the audience but conveys a social message as well. That was how we decided to make it as a debut film.”

Director Laxman Utekar said, “Marathi film has been drastically changed in the last 10 years and our team has tried to carry the awareness of the change through Tapaal.” They further added, “Both quality as well commercial films are being made in the Marathi film industry and a film like Tapaal is bridging the gap between the two genres.”
Actors Veena Jamkar, Urmila Kanetkar, Ganga Gogawale, Jayant Wadkar, child artist Rohit Uttekar are portraying main roles in the film and Milind Gunaji will be seen in a special role. The songs of the film are written by Laxman Utekar and music is composed by Rohit Nagbhide.Choreography is done by Phulwa Khamkar and editing is done by K.D. Dilip. Along with direction and writing the dialogues Laxman Utekar has also done the cinematography of the film.Ashwini Shrivastav has done the art direction of the film. Noted singers Swapnil Bandodkar, Bela Shende, Vaishali Samant, Adarsh Shinde have rendered the songs in the film. 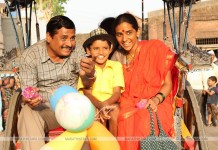 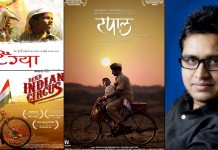 Filmmaker Mangesh Hadawale to showcase his films in USA 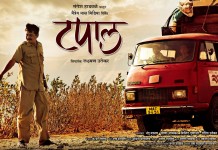 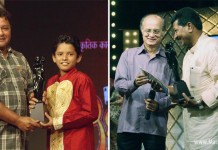