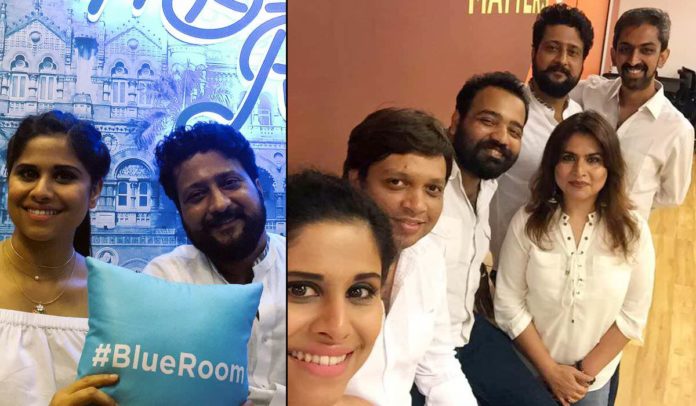 Sai Tamhankar & Jitendra Joshi are two of Marathi’s leading film actors. They both have a truly diverse body of work. In Duniyadari they were seen sharing the screen but Jitu played a villain in that film. Many of us would have since hoped that they would star together in a different film.

Now soon they’ll be starring together in an upcoming Marathi film which was recently announced by director Nikhil Mahajan the maker of ‘Pune 52‘ & ‘Baji‘. This film is written by ‘YZ’ fame actor Sagar Deshmukh & Nikhil himself.

This yet untitled film will be produced by Akshay Bardapurkar & Nikhil Mahajan’s brother-in-law producer Suhrud Godbole. We wish all the very best to Nikhil Mahajan & his team for the film.