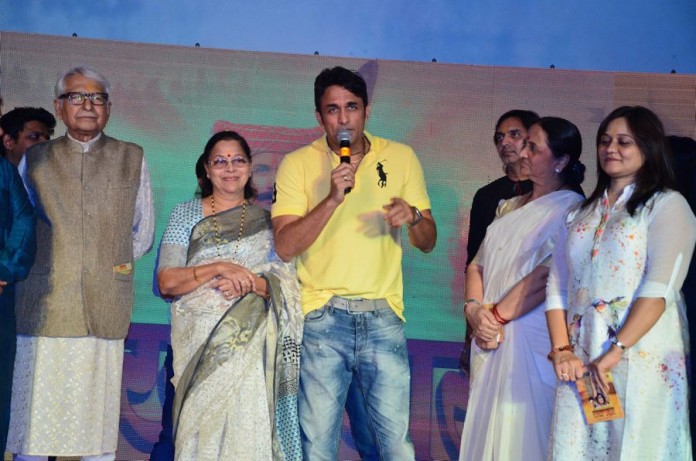 Many scholars, believers, scientists and common people have always tried to seek about existence of God. Whereas sceptics claim that God cannot be seen, and believers claim that God has to be felt within ourselves, this debate is going on for centuries. Trying to evade through this question, Dr. Mrunalini Patil has directed a love-story which tries to seek the answer of existence of God. Her next directorial venture, Rakhandar will be releasing on 26th September all over Maharashtra. The music launch of this film was done in an event in Mumbai by legendary actor Ramesh Dev.

The story of Rakhandar revolves around a simple and honest boy Sadanand. His simplicity always creates trouble for him. However, every time he is saved by a supernatural powers testing his character and strength. This Rakhandar is his protector and whether he can find truth about this power or not will be interesting to watch.

The main lead is played by Ajinkya Dev, Jitendra Joshi and Anuja Sathe. Supporting cast includes Yatin Karyekar, Satish Pulekar, Ravindra Mahajani, Hansraj Jagtap, Anup Chaudhari. The film is written by Anand More and director of the photography is Jahangir Chaudhari. Lyrics are by F.M. Shinde and Prakash Rane and music given by Kanak Raj and Sameer Fatarpekar.