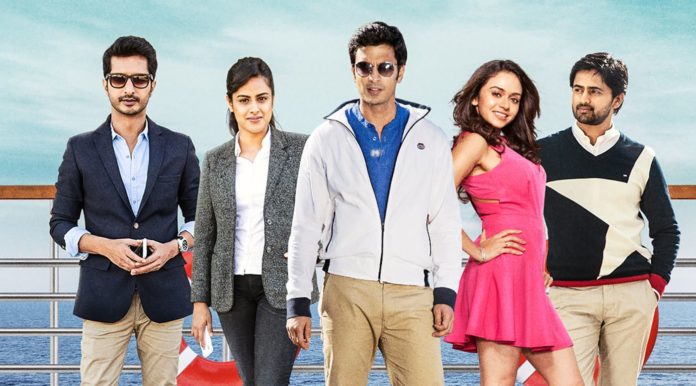 One Way Ticket starring Shashank Ketkar and Gashmeer Mahajani will be releasing on 23 September. The thriller set on a Mediterranean cruise also stars Sachit Patil, Amruta Khanvilkar, and Neha Mahajan. The film has been shot at Italy, France and Spain.

The film has already created anticipation among audience from its extravagant promos and superhit songs. The music has been composed by Gaurav Dagavkar and songs have been sung by Anandi Joshi, Savani Ravidra, Rohit Raut, Shreenidhi Ghatate, Gaurav Dagavkar, Kshitij Wagh, Arunima Bhattacharya and Sheefa Haris. The songs Befikar and Reshmi Reshmi has already become hit.

The film has been directed by Amol Shetge and Amol Pawaskar. Producer is Komam Unavane and Suresh Pai.