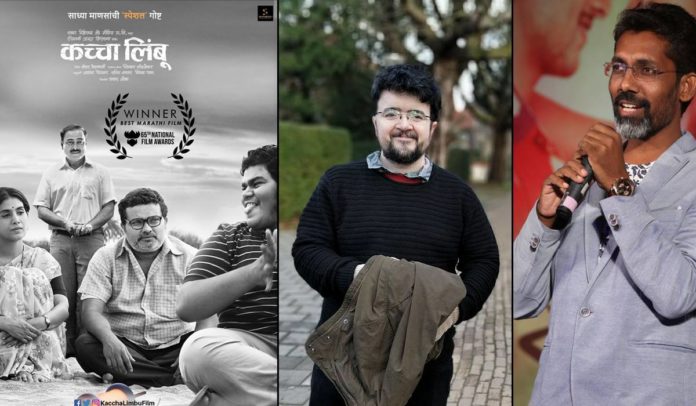 Marathi cinema over the years has always made it’s presence felt at the National film awards. Last year Marathi cinema bagged all the big prizes from best director to best film. This year though we have bagged less awards we have still made our presence felt.

Prasad Oak directorial ‘Kaccha Limbu’ has bagged the prestigious Best Marathi film award. Ravi Jadhav has expressed his happiness regarding the same through his social media handle & has also mentioned that his film was ignored completely at the State film awards! Nagraj Manjule has bagged his second national award for a short film for his film ‘Pavsacha Nibandh’, he was awarded Best Director (Short Film).

Nipun Dharmadhikari too was awarded in an important section. His first film ‘Dhappa’ (he made this film before Baapjanma) has bagged the Nargis Dutt award for best film on National Integration. Along with that Best children film went to Marathi film ‘Mhorkya’, the director of ‘Mhorkya’ Yashraj Karhade also got a special mention for his direction.

We congratulate all the winners & we hope our films keep on winning National awards every year & the audiences too get to savour these films in theatres.