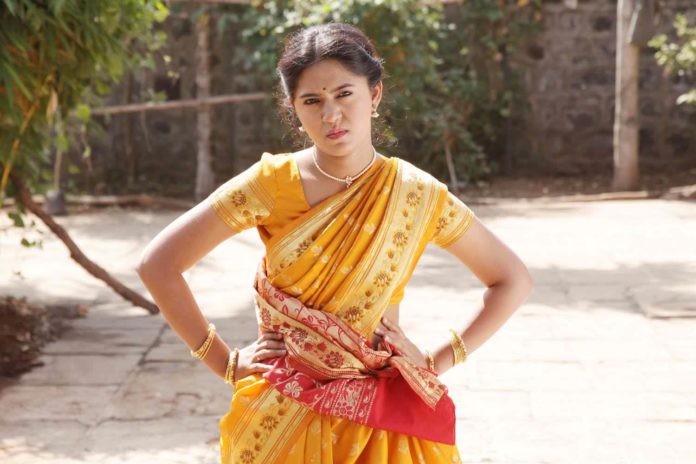 ‘Shikari’ the upcoming Marathi release is the talk of the town! A bold sex comedy with a message is what the makers are saying about their film! The film stars Suvrat Joshi, Neha Khan, Mrunmayee Deshpande, Kashmera Shah, Siddharth Jadhav, Bhau Kadam & Bharat Ganeshpure. For Mrunmayee especially ‘Shikari’ marks a new beginning as an actress!

The director of the film Viju Mane says, he was in doubt before asking Mrunmayee to do this role! As she has portrayed smart characters in her previous film here she plays a medium witted childish village girl! But Mrunmayee was excited to play a role which she hasn’t played before.

There are two version of this character played by Mrunmayee in ‘Shikari’. One is of a childish girl & the other one demands her to appear attractive in sensual scenes without making the scenes appear vulgar in any way! This task wasn’t easy for the directors & Mrunmayee herself but her talent helped her out & the result was as per the need of the film, says Viju Mane.

‘Shikari’ releases on 20th April all over Maharashtra so be ready to be hunted!