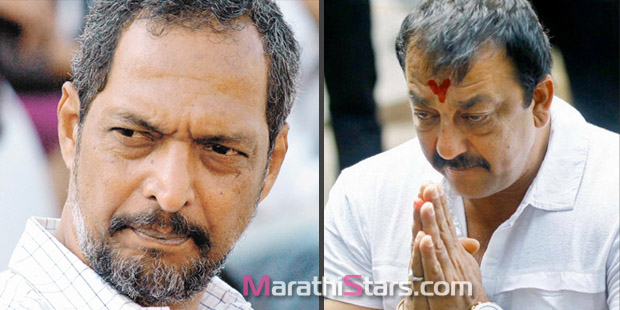 Award-winning actor Nana Patekar has spoken out against Sanjay Dutt in a rare outburst amid a chorus of celebrities voicing support for the convicted Bollywood star who returns to prison in May.
Patekar, a Bollywood veteran and three-time National Award winner, said he will never work with Dutt or watch his films.

“That is the punishment I can give him from my side,” the 62-year-old actor told Marathi news channel ABP Majha at the weekend.

Dutt was sentenced to six years in jail in 2007 for acquiring illegal weapons from men convicted for the 1993 Mumbai bombings that killed 257 people, but has been out on bail ever since.

In March, the Supreme Court reduced Dutt’s sentence to five years and ordered him to return to prison. On April 17, the court granted the 53-year-old actor four more weeks of freedom, allowing him to finish work on some of his films before serving the remainder of his prison term.

Dutt was cleared of conspiracy charges in the bombings but was found guilty of illegal possession of an AK-56 rifle and a pistol, weapons that he claimed were to protect him and his family during a period of rioting.
Patekar hinted that Dutt, the most high-profile of 100 people involved in the Mumbai bombings trial, had been let off lightly.

Twelve people received the death penalty and 20 others were given life sentences in the case.

“The nature of his crime is horrible. Why should justice be meted out differently for him?” Patekar said.

Patekar’s reaction is at odds with the Hindi film industry that came out in Dutt’s support and called for him to be pardoned, describing him as a misguided youth and a victim of his star lineage.

Dutt, son of actor and former Congress minister Sunil Dutt and actress Nargis, enjoys goodwill in both politics and the movie industry. His sister Priya is a Congress lawmaker from Mumbai. 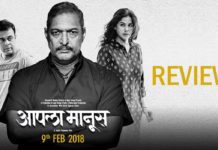 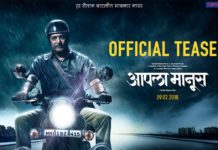 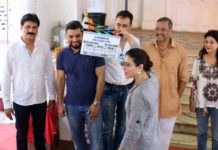 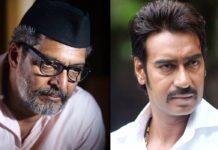 Nana Patekar & Ajay Devgan To Collaborate For A Marathi Film!