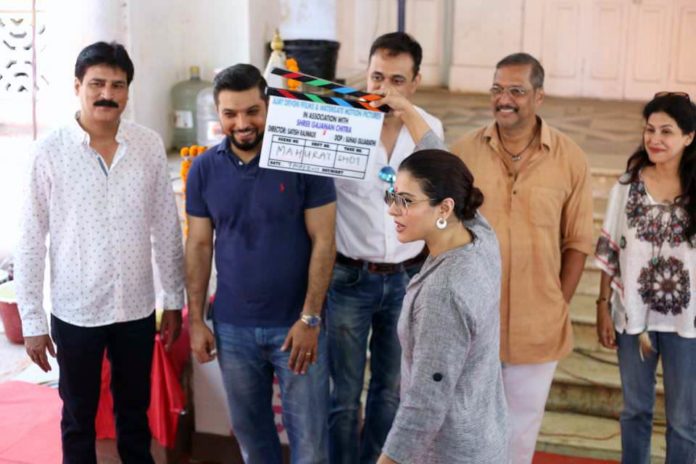 As we all know that Kajol is the daughter of Marathi actress Tanuja, who mainly acted in Hindi films. Many of us would also be aware that Kajol speaks decent Marathi! Ajay Devgn the Bollywood superstar & Kajol’s husband has now produced his second Marathi film (first was ‘Viti Dandu’) & this time he has collaborated with filmmaker Abhinav Shukla & none other than Nana Patekar, who have also produced the film.

Recently the shooting of this untitled project began with the first clap by Kajol herself. Ajay Devgn’s father & popular action choreographer of Bollywood Veeru Devgn was also present at the shoot. It’ll be interesting to see how this partnership of Nana Patekar, Ajay Devgn & Satish Rajwade turns out for Marathi Cinema.