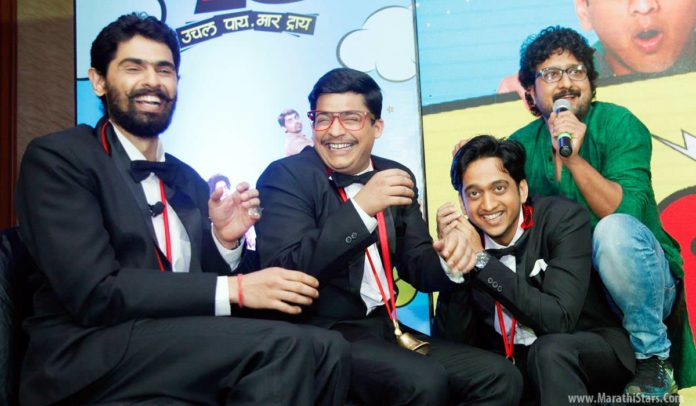 The makers of the film Ghanta recently released the music in an innovative event. Ghanta Toast (similar like Comedy Roast) was done with the three heroes of this film by Mahesh Manjrekar, Jitendra Joshi. 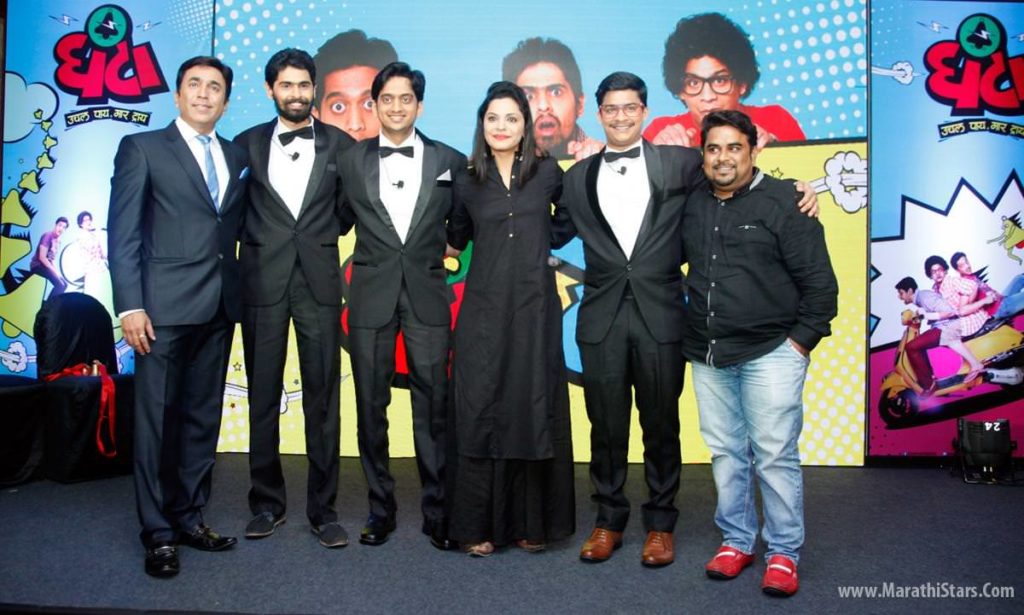 Amey Wagh, Saksham Kulkarni and Aroh Welankar and Amruta Khanvilkar were present for this Ghanta Toast. The event was hosted by Pushkar Shrotri, who is playing an important role in this film.

Ghanta has been using different techniques for the promotions including live motion poster and live chats on the social media. The film has been directed by Shailesh Kale. The film is produced by Dashami Creation, Brahmapura Pictures and Yellow Incorporation.  Dashami has earlier given hit serials like Durva, Majhe Man Tujhe Jhale and Pasant Aahe Mulgi. The film is written by Sumit Bonkar and Rahul Yashod.

The film will be releasing on 14 October.