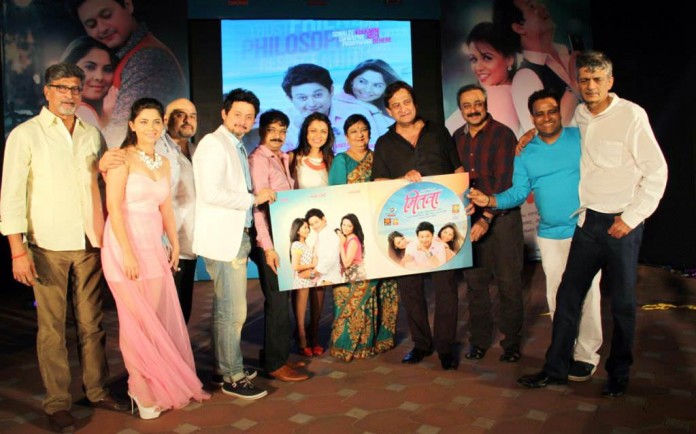 The captivating music of Mitwaa was launched creating the mood of love in the air even before Valentine’s Day.The much-awaited movie Mitwaa’s songswere launched by Shankar Ehsaanand Loy.The film is all set to release February 13, 2015.

From past few weeks the two songs ‘Saavar Re Mana…’ and ‘Satyam Shivam Sundaram…’ of the movie has created huge buzz on channels and various digital platforms getting over One Lakh hits by the followers in short span. The songs are already the talk of the town and the remaining once are all set to delight listener’s ears. The biggest romantic saga of this year Mitwaa is aptly backed by the music and lyrics. The movie offers songs for various moods from fun; love to sacrifice where all four music directors have given their own elegance.

The music launch evening was filled with surprises and few LIVE performances in the presence of the entire team of Mitwaa Swwapnil Joshi, Sonalee Kulkarni, Prarthana Behere, Ila Bhate, Sangram Salvi, Aroona Iraani to mention few along with several dignitaries from Marathi and Bollywood fraternity.