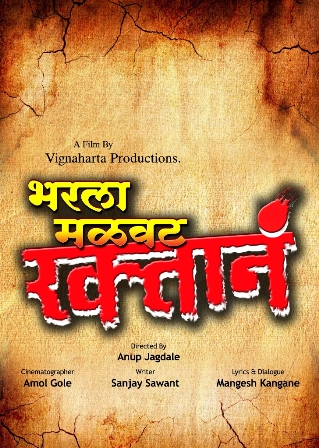 Since the “Remaking” trend is at it’s peak in Bollywood, Why must Marathi Film industry left behind? Remakes of southern films are working wonders in Bollywood. Many A-list actors such as Salman Khan, Akshay Kumar and Ajay Devgn seem to prefer remakes of popular south films as they have proved to be successful in Bollywood too.

Debutant director Anup Jagdale is all set to make his first debut Marathi feature film titled “Bharla Malwat Rakhtaana”. Insiders claimed the film to be an Official remake of Rekha starrer 1998 cult hit Khoon Bhari Maang which was about a wealthy widow who is almost killed by her lover and sets out for revenge. The film was a comeback venture for Rekha in that year and was a critical and commercial success. It was said when Rakesh Roshan started shooting this film, Many close friends warned him about the project being Risky as it had no commercial ‘Hero-Angle’ in the film.

“My film is about a woman who is cheated and betrayed and she is almost killed only to bounce back for a Brutal Revenge rampage Marathi Cinema will ever see. I will not speak further about the film as i want the audience to enjoy my final product.” said first timer Anup Jagdale. The casting of the film is also kept under-wraps, However it is confirmed that acclaimed Marathi actor Milind Shinde will enact the character of Shatrughan Sinha.

The Trade and the Media is curious to know about the actress playing the role of Rekha. Few names such as Sai Tamhankar and Sonalee Kulkarni bumped in, But director Anup Jagdale remained lip-tight about the actress.