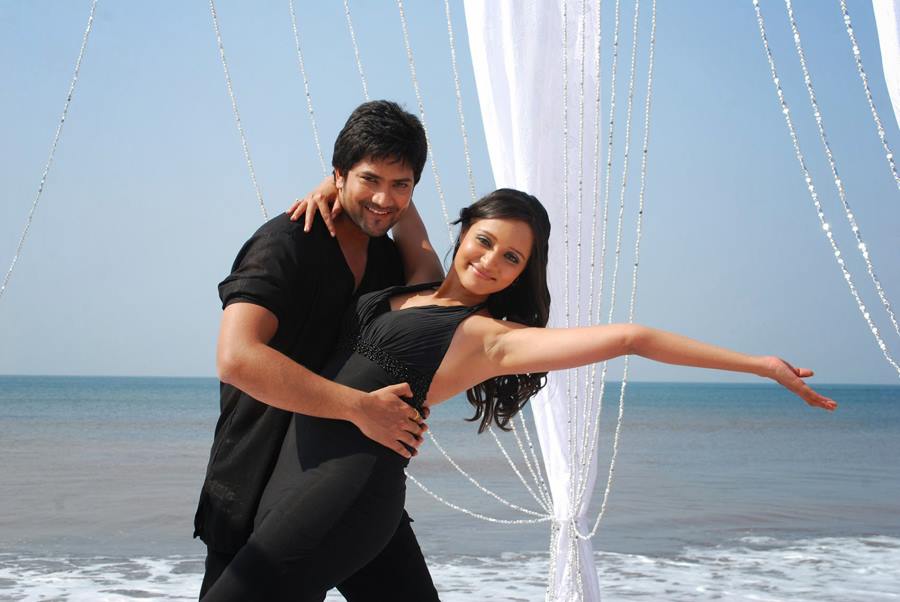 Dhamak produced by Suvarna Bandivadekar under her banner of C.S. Films and directed by Rajendra Bandivadekar is a blend of a power packed subject, impeccable performances and also mellifluous music is all set for release all over Maharashtra on April 25 this year.

Though the film was briskly shot after the mahurat of the film which was held on a grand scale and also completed and readied, thanks to some technical snags, the release of the film had been held up inordinately. It is interesting to note that right from the day of the mahurat, the film has always remained in a spate of controversies from time to time, be it the South style mercurial action sequences, the power packed story and mellifluous music, the item number of Meghna Naidu or the lavni number of Mumait Khan or the exotic Konkan locales where the film has been shot or for that matter the expenditure spent on remixing and mastering in London and the excitement levels have always been mounting for the film

Aniket Vishwasrao , who is one of the top leading men in the Marathi film industry is playing the lead in the film and has been teamed opposite the ravishing Girija a Joshi, while new villain Sunil Shinde is making his debut with the film which also has Ashok Samarth in a different role. Rajesh Bamugde has written the lyrics while Nirmal Kumar has composed the music for the film. The remixing and mastering of the music was done at Globe Recording Studios in London and Uttra Kelkar, Poornima, Sudesh Bhosle, Swapnil Bandodkar, Bela Shende and Pravin Kuwar have crooned the numbers.

Dhamak is the director’s second attempt and he has written the story, screenplay as well as the dialogues for the film. “I am proud to state that I have come up with a film like Dhamak which is power packed and made keeping in mind the pulse of the audiences today” says Rajendra Bandivadekar and adds that it is also a love story with a difference , set in Kundapur. Besdies Aniket Vishwasrao, Girija Joshi , Sunil Shinde and Ashok Samarth, the film also has actors like Mohan Joshi, Uma Sardeshmukh, Vidyadhar Joshi, Viju Khote, Jayawant Vadkar, Ajay Padhye, Dhananjay Mandrekar, Mousami Thondvalkar and Girish Salvi playing other key roles.

Umesh Jadhav is the choreographer while Prasad Bhende is the cinematographer. Ashish Mhatre and Apoorva Motivale are the Editors of the film Dhamak, which is a package of not only excellent content but also out and out action packed entertainment backed by mellifluous music.