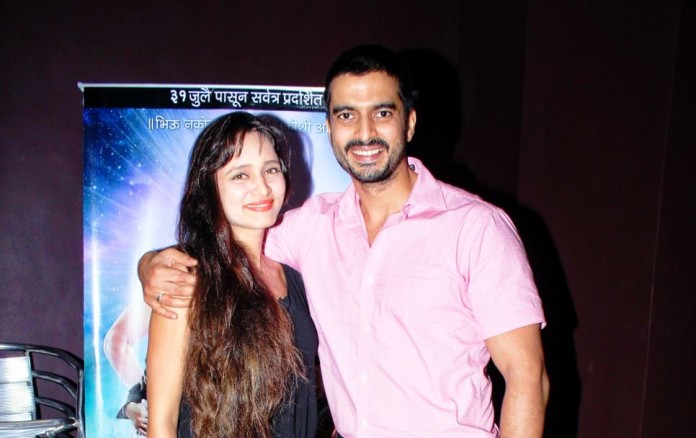 Legendary Marathi actor-director Mahesh Manjrekar launched theatrical trailer of Mohan Joshi starrer ‘Deool Band’. The film stars Mohan Joshi as Swami Samarth, along with Gashmeer Mahajani, Nivedita Saraf, Girija Joshi. Produced by Jayashree Kailash Wani and Julie Kailash Wani of Vatvruksha Entertainment, the film marks the directorial debut of duo Pravin Tarade and Pranit Kulkarni. Based on Swami’s philosophies, the film deals with Science versus spirituality and beyond science and is slated to release on 31st July.
Shot across more than five states the film is a pure commercial entertainer.

The theatrical trailer gives the audience a glimpse of all the elements of the film. The Music and Background score compliments the visuals crafted by Narendra Bhide. The trailer also highlights the songs choreographed by the well-known choreographer Umesh Jadhav, and gives a glimpse of the dramatic transformation, both in character and situations which Gashmeer and Mohan Joshi go through. The film features Mohan Joshi in a never seen before calm, confident and humorous side of Swami Samarth’s Avatar.