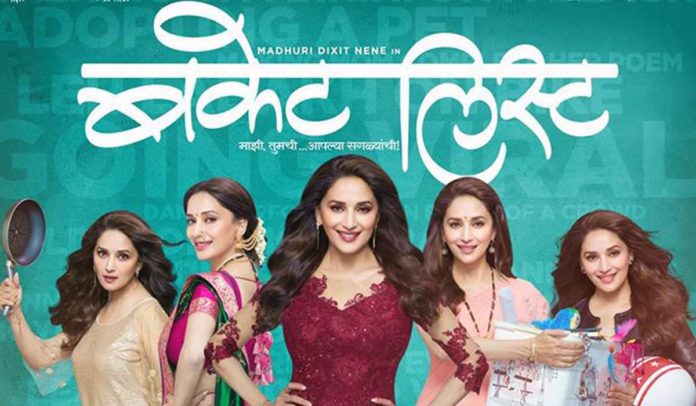 The much-awaited Madhuri Dixit debut in Marathi industry with ‘Bucket List’ directed by Tejas Prabha Vijay Deoskarhas been hugely celebrated by the audiences. The film revolves around a woman finding her way back to life and discovering the new meaning of it.

Madhura Sane’s character played by Madhuri Dixit was well received by critics and audiences across India and overseas, where the movie is still receiving an overwhelming response. Bucket List is produced under the banner of Dark Horse Cinemas, Dar Motion Pictures and Blue Mustang Creations Pvt.Ltd.

Karan Johar completed one task from his own wish list of entering into Marathi Film industry by presenting Bucket List along with AA films. The collaboration of Dhak Dhak girl Madhuri Dixit and Karan Johar took the industry by storms. Bucket List released on 25th May is already a Hit on Box Office & still running fair in theaters in India as well as overseas.