Marathi cinema and theatre have consistently made a name for themselves abroad in the recent past. Special screenings of films have been arranged and a number of Marathi plays have gone on foreign tours. Marathi films have been making a splash at reputed international film festivals as well. Now, with international recognition the Marathi artists from film and theatre need to be appreciated at the international level as well. So with this purpose a Marathi award ceremony is being organised for a few years now. This year a dazzling ceremony with the name Marathi Achievers and Awards International (MAAI) was held in Sydney, Australia this year. The award show full of stunning performances will be telecast on Zee Marathi on 19th June at 7 pm. A number of Marathi stars from the theatre and film industry were present at the award show. They gave a number of stunning performances. Avdhoot Gupte, Bela Shende and Swapnil Bandodkar won the hearts of the Marathi public of Sydney with their expert singing, while Ketaki Mategoankar, Sachin Pilgaonkar also impressed one and all. Even Jitendra Joshi gave a glimpse of his singing talent. The dance of Chandrakant Kulkarni, Rahul Ranade, Sunil Barve, Ajit Parab, Sachin Khedekar, Puhskar Shortri and Sachin Pilgaonkar to the song ‘pyaar hame kis mod pe le aaya’ was receiving with a rousing applause by the audience.

The major attraction of the night was the award ‘Gaurav Maharashtracha’. The award is given to a person with Marathi roots whose work has been recognized and appreciated all over the world. This year all-time great cricketer Sunil Gavaskar was presented with the award. Pushkar Shrotri, Vandana Gupte and Dr. Mahesh Patwardhan had a freewheeling chat with the original little master on the occasion. 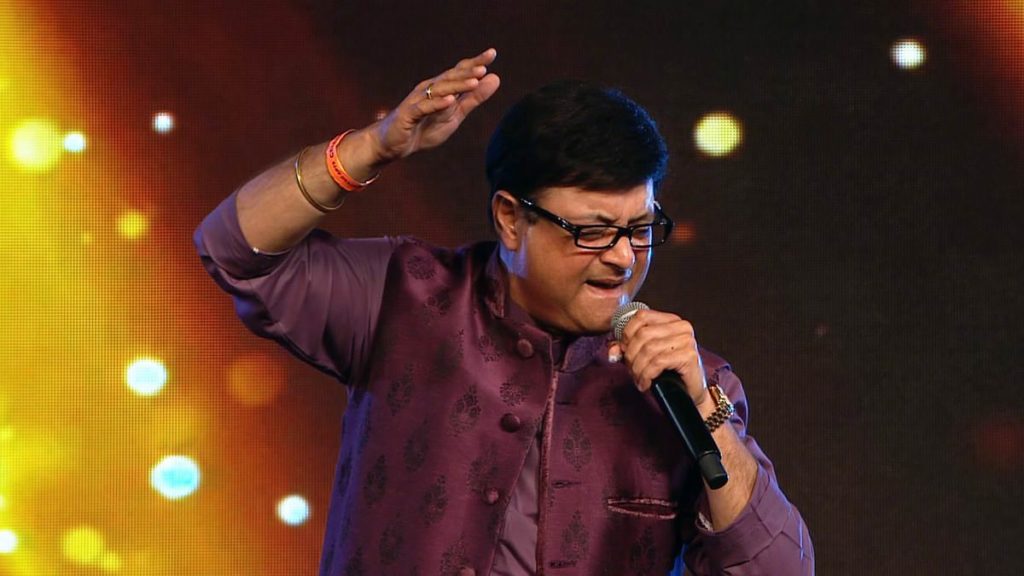 The incredible team of ‘Chala Hawa Yeu Dya’ had the people of Sydney in splits with their performance. They performed a skit which portrayed the hilarity in the situation wherein the villagers of Thukratwadi are for the very first time taking a plane for a trip abroad to Sydney. The very popular program was even awarded with a ‘Shahir Dada Kondke’ award on the occasion. Actors Swapnil Joshi and Saie Tamhankar were the hosts for the night.

All in all, this joyous celebration of Marathi entertainment in a foreign land would make any marathi manoos proud. It will be telecasted on Sunday, 19th June at 7pm on Zee Marathi.