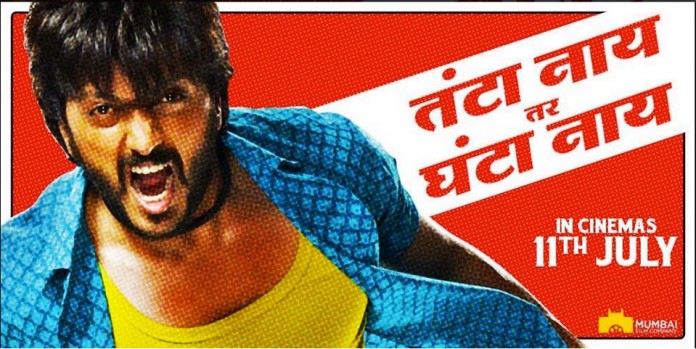 The word action cinema is synonymous with either Bollywood Masala movies or South Indian movies. Larger than life hero, his arch enemy villain and their competition of winning is the basic crux of such action movies. Though, Marathi audience is very much fan of such movies, Marathi cinema seldom presented such action-packed movies.

For such die hard Riteish Deshmukh is coming for the first time in a big budget Marathi movie “Lai Bhaari” in an out and out action hero role. This movie is presented by Essel Vision and Zee Talkies, who earlier have presented hit movies like Timepass and Fandry. The movie will be realeasing on 11 July. The producers are Jitendra Thakare, Amey Khopkar and Genelia Deshmukh.

Riteish Deshmukh has created a niche for himself in Hindi movie industry with his impeccable comic timing and boy next door looks. He is also known as a host and presenter for the various functions and ceremonies. Marathi audience wanted to see this actor in a Marathi film. Riteish has earlier produced various successful Marathi movies. Now this time, he will be seen on screen in his Marathi avatar.

The character played by Riteish is Mauli. The story is about a mother-son relationship. The action sequences are directed by Kaushal-Moses. Riteish and Sharad Kelkar- who is playing a villain have been working hard for these action scenes. The film is directed by Nishikant Kamat who had delivered superhot Dombivali Fast and Yeh Hai Mumbai Meri Jaan in the past. The music composed by Ajay Atul is already on the top of charts.