Marathi films always known for their rich content are catering to all age groups ranging from middle aged to the youth. Targeting the youthful audience was started by film-maker Ajay Naik with his Film ‘Satarangi re’, a musical drama which was his first Production. The movie got huge success and big youth response. Ajay Naik now debuts as a Director through his upcoming film ‘Lagna Pahave Karun’, again a youth centric subject.

[/one_half]
An Indian Marriage is ritualistic and the entire ceremony of marriage is elaborate in our culture. In todays fast paced life getting married and staying married has become a challenge of sorts. Therefore, to go beyond the obvious ‘matchmaking’, 2 youngsters start a Marriage Bureau that tries to consider the changing lifestyle, expectations from each and other and eventually having a happy married life. This film is about their struggle while offering these services. This film is a soft love story that unfolds with this theme as the backdrop.

The Music of the film ‘Lagna Pahave Karun’ was launched at the hands of leading Hindi musician-singer Shankar Mahadevan and Ehasan Nurani. The music has been very well received and enjoys immense popularity. The lyrics of the songs are written by Ajay Naik , Vaibhav Joshi, Ambarish Deshpande, Kshitij Patawardhan and composed by Ajay Naik. Shankar Mahadevan, Shaan, Kunal Ganjawala, Bela Shende and Akriti Kakkad have sung the songs.

Umesh Kamat, Mukta Barve, Siddharth Chandekar, Tejashri Pradhan, Jayant Savarkar and Swati Chitnis are the main cast and the story is written by Ajay Naik. The screenplay and dialogues are done by Sameer Vidwans and Kshitij Patwardhan. ‘ Solariz International’ and ‘Sprint Art creations’ Mohan Damle and Kiran Deshpande respectively are the main producer and Ashish Deshpande and Sanjeev Langarakande are the co-producers of this film. 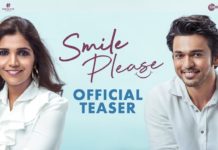