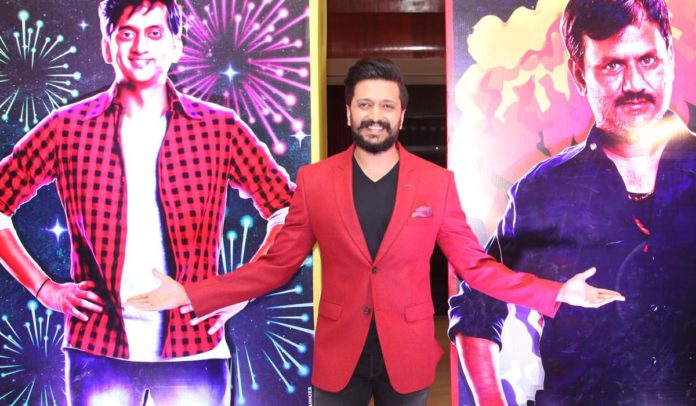 Genelia & Riteish Deshmukh produced & backed by Zee Studios ‘Faster Fene’ is releasing on 27th October all over Maharashtra. Recently ‘The Fafe Song’ went online & became an instant hit among the audiences. This song stars Riteish Deshmukh himself in full on FaFe spirit. It was originally Riteish’s idea to have a promotional song for ‘Faster Fene’. Riteish has even sung the song & her performed fantastically in the video of the song.

At the launch event of this song members of FaFe team; Amey Wagh, Girish Kulkarni, Perna Pethe, Chinmayee Sumit, child artist Shubham More, writer Kshitij Patwardhan, director Sarpotdar, music director Arko & others were present. Riteish said, “Faster Fene is a film that is very close to my heart. It’s my honour to produce this film. This promotional song is not just my tribute but everyone’s tribute who ever loved the character of ‘Faster Fene’ & his stories.”

‘Faster Fene’ is based on popular character of the same name created by writer B.R. Bhagwat, interestingly this film will also feature a character named ‘B.R. Bhagwat’ portrayed by senior actor Dilip Prabhawalkar.