Samit Kakkad gave us superhit Aayna Ka Bayna – a film which won many hearts with its simple emotional story and amazing dance performances by youngsters. His next release “Half Ticket” has completed production and gearing up for the release. Innovative digital posters for this film were recently unveiled on social media for this film.

Half Ticket is remake of National Award winning Tamil film “Kaaka Muttai”. The film explores world of little children, their dreams and ambitions. First poster shows a bright coloured train and two children in a very interesting and charming way. Second poster shows a ship and the same two children. The bright hues of these posters immediately conveys us the positive upbeat mood of the film. The poster has become an immense hit on the social media. 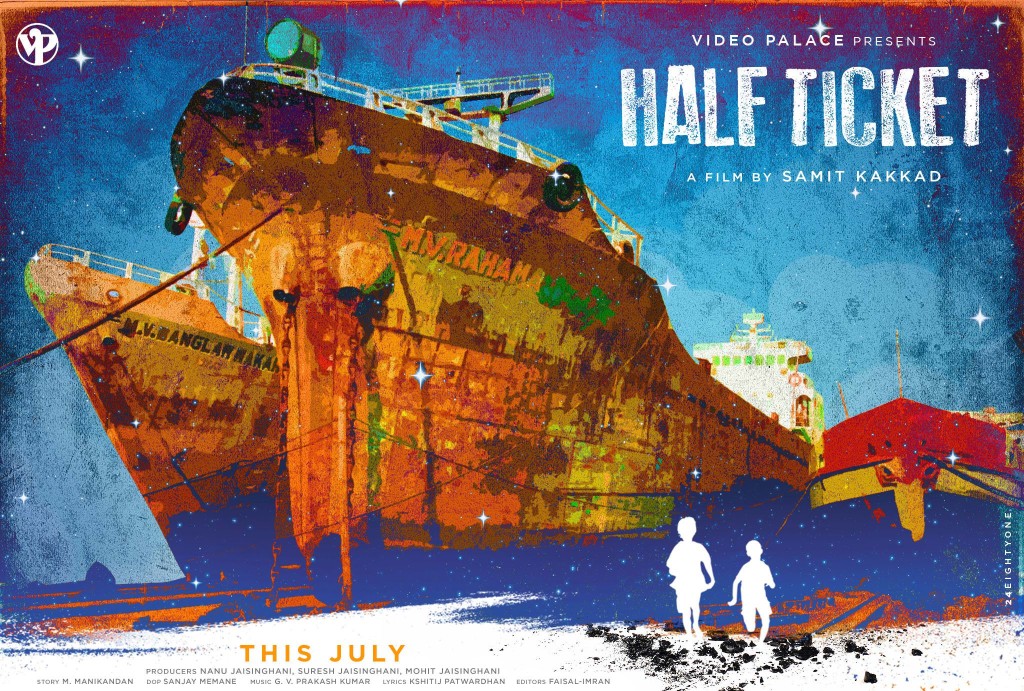 ‘Half Ticket’ is produced by Nanubhai Jaisinghani of Video Palace and screenplay has been written by Dnyanesh. The camera department has been helmed by Sanjay Memane. Vasu Patil is in charge of the art direction. G.V. Prakash has composed the music and the lyrics have been penned by Kshitij Patwardhan. The costumes have been designed by Sachin Lovalekar.