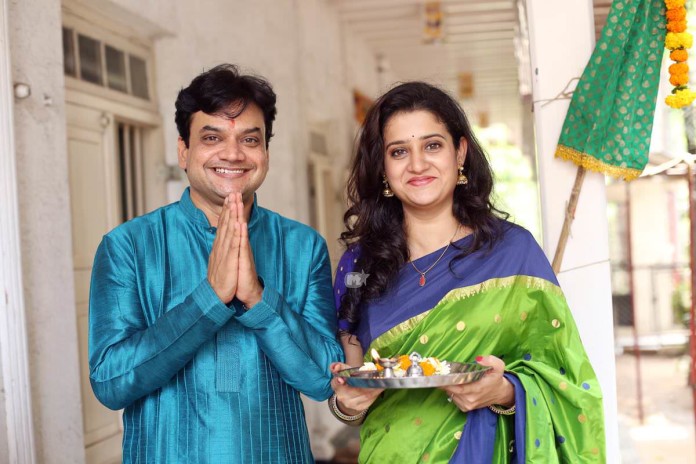 Ek albela, a movie based on yesteryear’s star Bhagawandada is ready for its release. The promotions for this film have started on the auspicious day of Gudhi Padwa. The cast and crew did a traditional Gudhi Pooja on this day and wished Happy Marathi New Year to everybody.

Actors Mangesh Desai, Tejaswi Patil, director Shekhar Sartandel, executive producer Kunal Shetye were present for this occasion. After the Pooja the team celebrated new year by dancing in Bhagwandada style. The team has planned various promotional events for this film.

The teaser of this film has been an instant hit. Expectations are very high from this film as this will be the first biopic of this superstar. Bollywood actress Vidya Balan will be seen in this film as Geeta Bali- costar of Bhagwandada.

The film will be releasing very soon