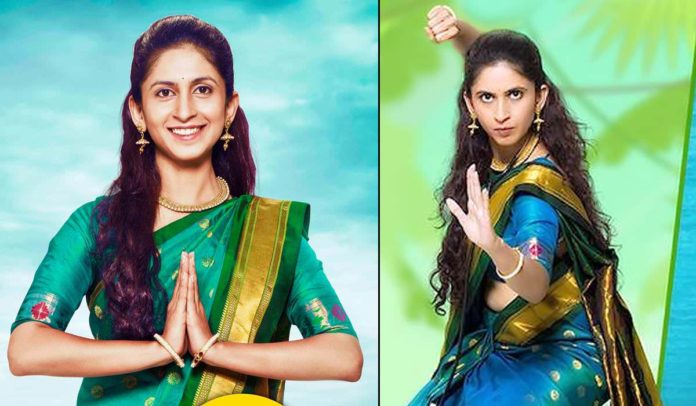 The leading lady from the film Chi Va Chi Sau Ka, Mrinmayee Godbole has to prep her role with some serious moves of  Kung Fu. To make the role more intense Mrinmayee underwent Kung Fu training especially for the film. The film also stars Lalit Prabhakar in the leading role.

Sharing about her Kung Fu training Mrinmayee Godbole said, “So I have done Kalaripayattu in the past and I played basketball for almost ten years till the national level. But I had never done Kung Fu! Lalit and I trained for Kung Fu for one month before we started shooting. I’m supposed to be a blue belt in the film. Our trainer Shrikant Sir made us do very difficult exercises, stretches and strict training. He would make us do push-ups on our knuckles so we had bruised, black and blue knuckles all through the shooting and the film! It was a very hectic and grueling process and he helped us during the shoot also. We also got hurt and hit each other a lot,not intentionally, but while shooting.”

The trailers of the film have already created curiosity among the audience and the screen chemistry of Lalit and Mrinmayee looks wonderful.