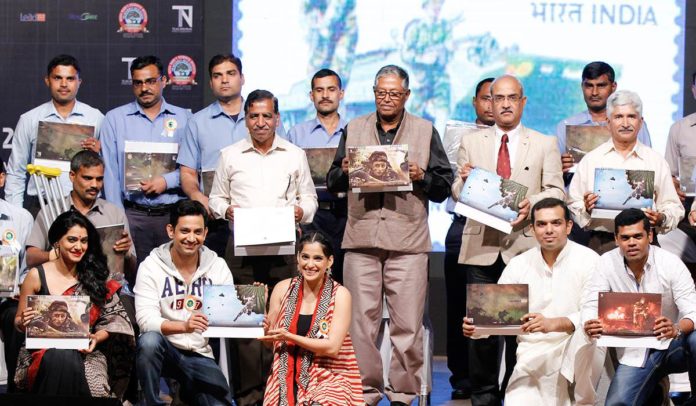 As the year 2017 has started, the celebrity calendars have made their way in the market. One of the most innovative calendars in Tejas Nerurkar’s reel and real life heroes has been released recently in the presence of wounded soldiers of Queen Mary Technical Institute, Brigadier Tyagi and cine artistes Umesh Kamat, Priya Bapat, Siddharth Jadhav and Urmila Kothare. The calendar is a tribute to the martyrs of Uri.