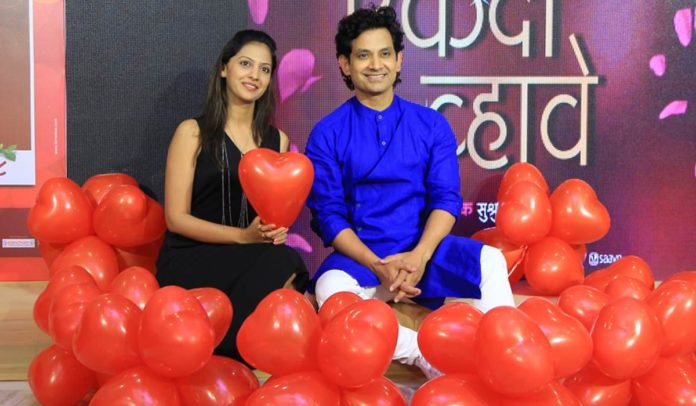 ‘Asehi Ekda Vhave‘ is an upcoming Marathi film produced by ‘Zelu Entertainment’ & directed by Sushrut Bhagwat. A romantic song from the film ‘Bhetate Ti Ashi’ was recently launched at an exclusive event during the Valentine’s fever! The event was in a way celebrated the feeling of love! 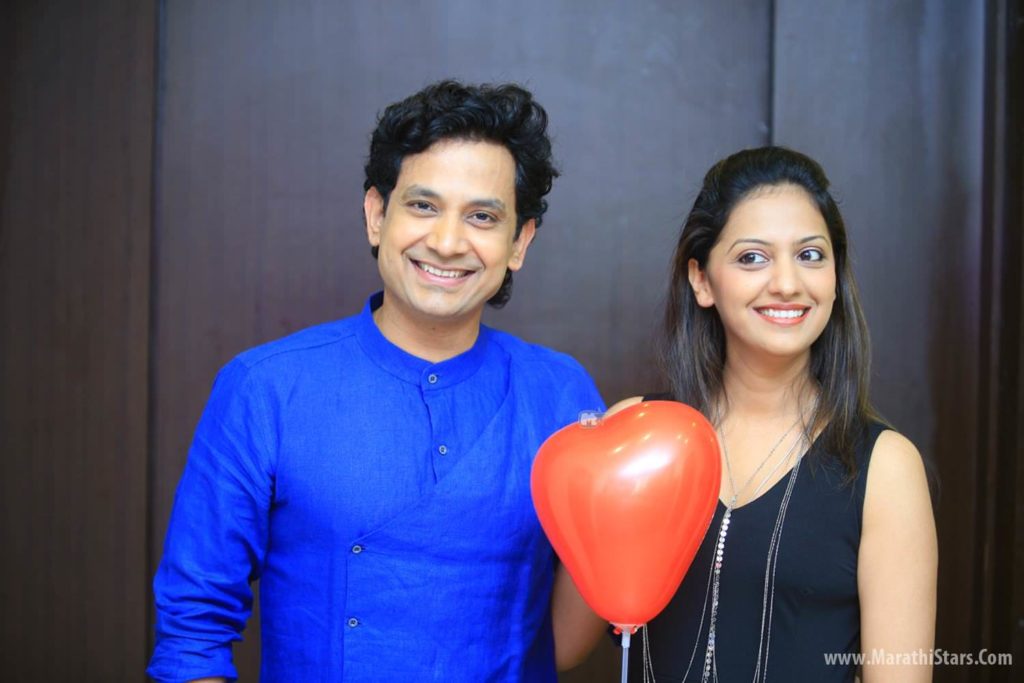 The beautiful decorations of red heart shaped balloons & the light setting of the location reminded the guests & media about their loved ones. To take this feeling to another level the event also featured Avadhoot Gupte’s singing performance of the same song ‘Bhetate Ti Ashi’. This song is written by poet & lyricist Vaibhav Joshi & sung, composed by Avadhoot Gupte. 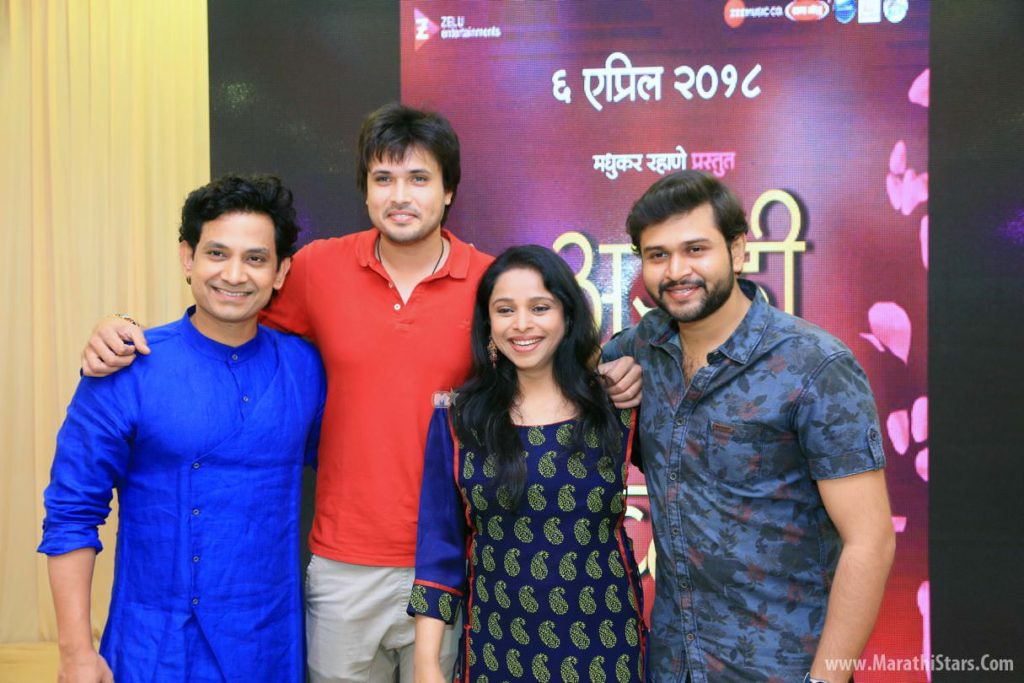 Avadhoot Gupte also spoke about how this song was unique & distinct from the mainstream songs today. These days the lyrics of the songs feature very little catchline but this song didn’t follow that trend, instead it’s more poetic & authentic! The star cast of the film Umesh Kamat, Tejashri Pradhan, Sharwari Pillay & others were also present at the event & spoke wholeheartedly about ‘Bhetate Ti Ashi’ song & how it is their favorite song from the film!