Punekars are famous for their ‘foodie’ culture. In a way they enjoy tastes of all around the state & the country because of its modern metropolitan status. For such foodies Zee Studios presents their upcoming Marathi film ‘Gulabjaam’. Written & directed by Sachin Kundalkar this film stars the unusual yet exciting pair of Sonali Kulkarni & Siddharth Chandekar. 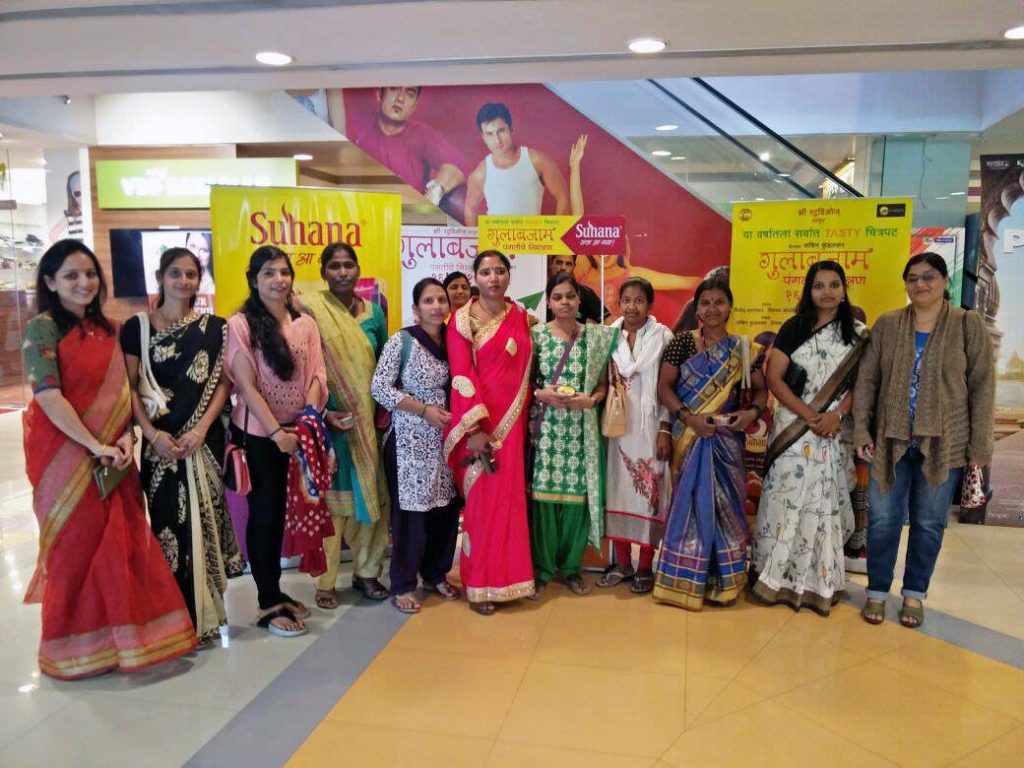 City Pride Kothrud, City Pride Satara Road & Abhiruchi City Pride where the three places where the ‘Gulabjaam’ team invited over 11 thousand audiences who had come to watch other films! We are sure this unique style of promotion must have been seen for the first time by our audiences. The audiences responded positively towards it & showed their interest in watching the film at theatres from 16th February.