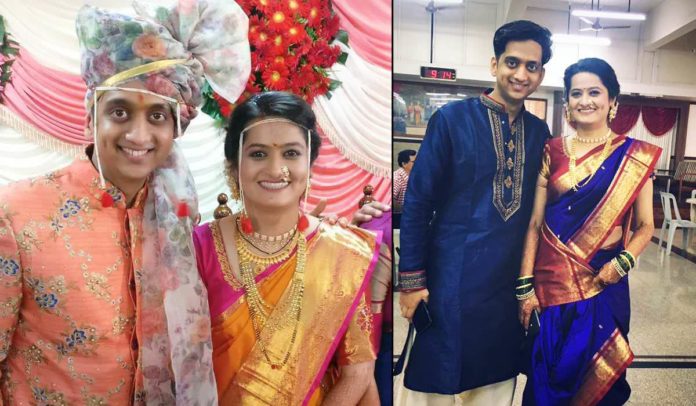 Amey Wagh shocked one & all & especially his female fans when he recently revealed on social media about his 13 year long relationship with Sajiri Deshpande, then his soon to be wife! And today was that special day when Amey got married to Sajiri in the presence of his loved ones. His wedding ceremony took place, today on 2nd July in Pune.

Amey has proved himself in all mediums that include T.V. (Dil Dosti Duniyadari & Dil Dosti Dobara), films (Ghanta & Muramba), Web Shows (Casting Couch with Amey & Nipun) & of course theatre (Amar Photo Studio). Very few actors of his age could’ve achieved so much in all forms of entertainment!

We wish Amey & Sajiri lots of happiness & good fortune in their personal as well as professional lives!