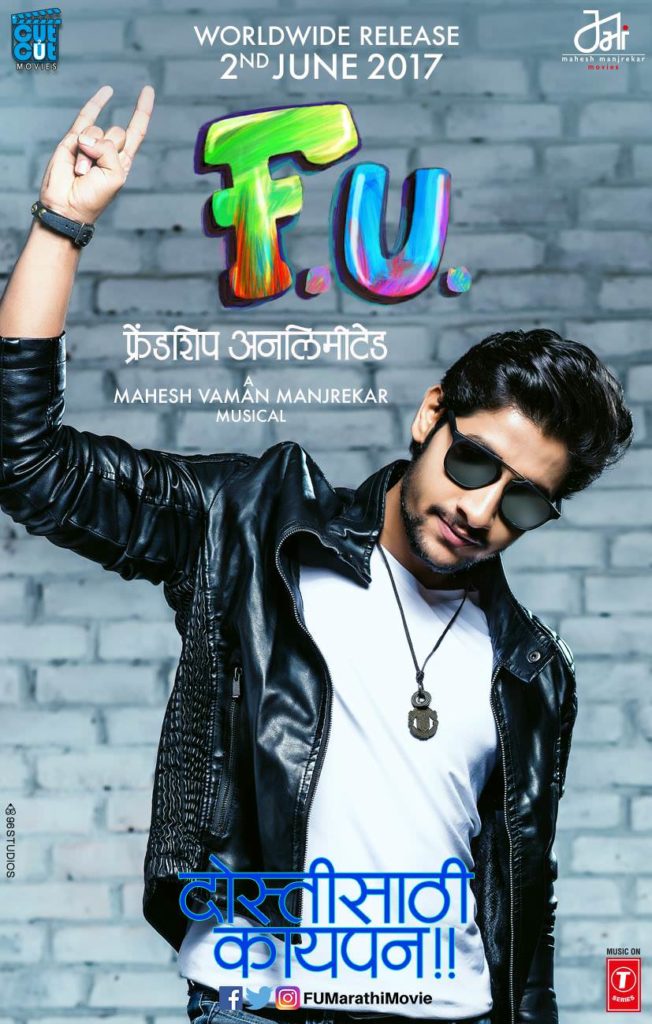 FU is Friendship Unlimited, a story of today’s youth. Akash will be playing an urban youth from college going in this film. His lady love will be played by Sanskruti Balgude. Akash played role of a village boy in his first film Sairat. He will be facing high expectations from his second film. His stylish and cool look perfectly suits him. The girls are surely liking this new look of Akash.

The film will be releasing on 2 June all over Maharashtra.