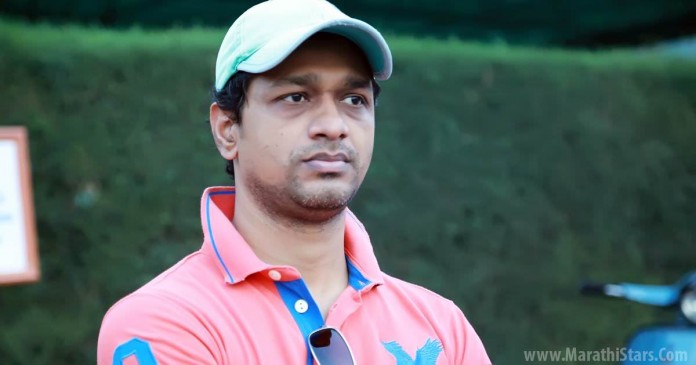 Milind Kavde is known for his path breaking comedy ‘Yedyanchi Jatra’ and now he is all set to wow the audiences in his latest comic thriller ‘Just Gammat’. We spoke to Milind about his new film. The film is ready to hit the screens on March 27.

What is the genre of ‘Just Gammat’?

It’s a black humored dark satire comical thriller based on modern day marriages. I am sure the audiences will enjoy this different type of comedy. The film talks about the husband wife conflict in modern marriages and how they fight over trivial issues and then make up as fast as they can and that this is the charm of marriage but sometimes such conflicts may lead to dangerous results and the husband and wife may go through trying times.

The castings seem perfect for such genre…

I wanted someone who can play an over fortyish husband and Sanjay Narvekar fitted the bill. We wanted someone young and beautiful as his wife and Smita Gondkar fitted the role. We also have Jitendra Joshi and Aditi Sarangdhar as another married couple. Sanjya and JItendra are excellent in comedy, there timing makes the entire film a delightful watch. Audience will be in splits with multitude of comedians like Vijay Patkar, Atul Todankar, Arun Kadam, Aarti Solanki, Dinesh Hingoo, Jayraj Nayar and Deepak Shirke.

We hear the music of the film has a special item song.

Yes. The film has some very good music by Nitinkumar Gupta and one item song picturized on Heena Panchal and sung by Sunidhi Chauhan. The song penned by Francis is called ‘Bevda’ Bevda’ and has all the types of alcohol like whisky, tharra, pauwa’, etc as a part of the song. The highlight of this song is not only this is an item number but technically its brilliant. Our DOP Samla Bhaskar has shot the song in virtual reality This is a first time for Marathi film. I am sure audience will love this song very much.

Just Gammat is almost complete. What next?

I have completed one more issue based film titled ‘1234’ and it will release soon.