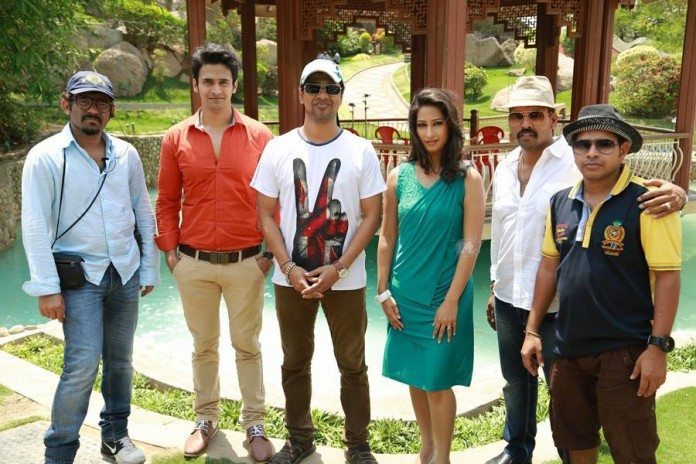 When all spices are blend perfectly & with genuine efforts dat to from heart then it becomes tasty,gives satisfaction whoever consumes it.Making cinema is also somwhat like that,the process where audience is taken into consideration.Of course commercially also it is seen but more from viewers point its made.

Exactly keeping a track of all these factors in mind,Milind Arun Kawde has come with suspense thriller this time after successfully making films of different genere like “4 Iditots“ based on young generations life,“Yedyanchi Jatra“for masses,“Gammat“on relationship of husband-wife,etc. The film which is being made under the banner of Sheetal Film Production has very unique name “1 2 3 4“ which is produced by Shailesh Pawar.

Heart catching music is scored by Amitraj.Ex.producer is Dattaram Londhe.Vaishali Deshmukh is a costume designer.And well-known choreographer Bhanu from south is there on top of it.Shooting schedule will be till the end of May.USP of ths film is it`s being shot exclusively by using modern technique-technology with many twist n turns in story.Something unusual will be shown for the first time in Marathi cinema.

So hold your breath for a while before you guys start counting this different differently “1 2 3 4 “.