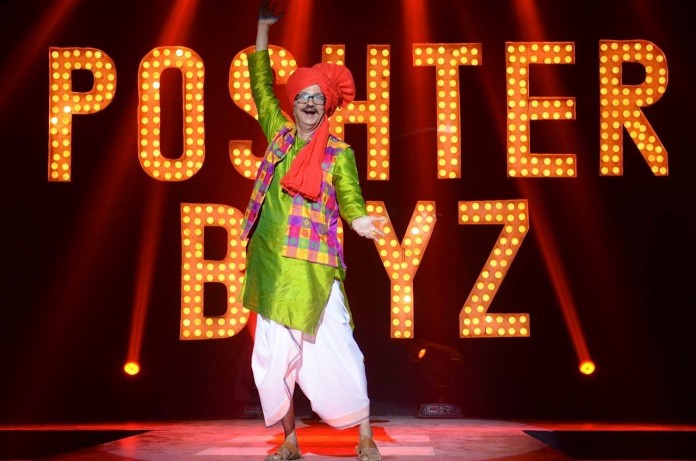 A name like Dilip Prabhavalkar needs no introduction. The veteran artist has been continuously displaying his acting skills since decades and is still going strong. Continuing his streak of trying out different types of characters, he will now be seen in the light-hearted comedy Poshter Boyz. Apart from his latest film, the actor gets talking about the current scenario of Marathi cinema and what keeps him motivated.

What character are you playing in Poshter Boyz?

In Narbachi Wadi, I played a Konkani farmer; in Poshter Boyz I am playing a Ghaati (hailing from ghaats) farmer. My character is from a well-to-do, cultured family who commands respect from everyone in his village. The other two Poshter Boyz – Hrishikesh Joshi and Aniket Vishwasrao – are from a different cultural background, nature and age group. Situation unites all three of us when our photos are displayed on posters promoting Vasectomy (nasbandi) without our knowledge. This ensures that my daughter’s marriage gets cancelled. Hrishikesh’s married life turns problematic. Aniket’s character is also married; his father-in-law freaks out after seeing his photo. So all three of them set out to find out who carried out this injustice to them.

What was the particular reason for signing this film?

I got a chance to play a different character in Poshter Boyz. Even the humor is different due to the situation. So I instantly agreed for it. I don’t like repeating any role. After Lage Raho Munna Bhai, I received 10-15 offers to play Gandhi again. Obviously, I refused all of them. After that film, whenever a director or producer used to start his narration by saying he is doing a film on India’s freedom struggle, I used to cut him and ask, “Are you offering me to play Gandhi?”

You are still seen regularly while playing prominent characters. What keeps you going?

What is your opinion on the current scenario in Marathi cinema?

I am very happy with it. People are coming up with newer subjects with the recent examples being Fandry and Yellow. Even Poshter Boyz is a new experiment in comedy. There is a lot of scope for creativity in Marathi cinema. It is also good to see filmmakers not getting stuck in the same circle.

I have few films in Marathi like Viti Dandu, which is set in pre-independence era. I play the only upper caste individual in a village. Then I have Nagarik alongside Sachin Khedekar, it’s a political thriller. It also has Dr. Shreeram Lagoo and Milind Soman. In Hindi, I am doing the sequel of Ab Tak Chhappan. It has Nana Patekar, Vikram Gokhale, Mohan Agashe and myself.