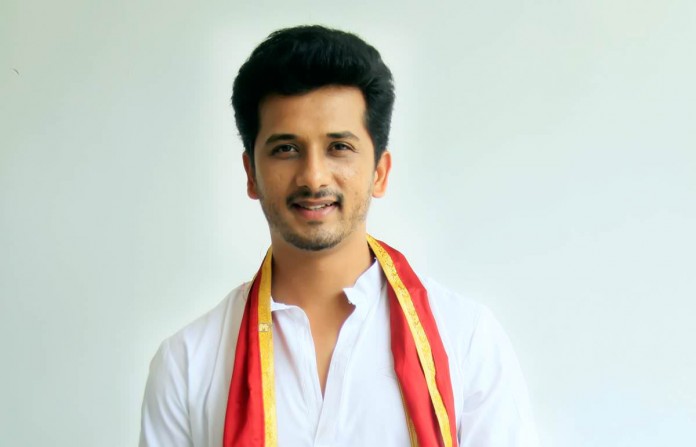 Abhijeet Khandekar who made his debut in the film ‘Jai Maharashtra Dhaba Bhatinda’ and then followed it up with ‘Mamachya Gavala Jaaoo Yaa’ is now starring in a role of a life time in ‘Dhol Tashe’. We spoke to the young pleasant heartwarming actor about his new film. This is what he told us.

What is Dhol Tashe’ all about?

It is a tale about a young middle class software engineer Amey Karkhanis played by me who loses out on his job due to recession and comes into contact with a youth party chief played by Jitendra Joshi and he becomes close to him and is made the Youth wing chief and this is the story of the relationship developed between these two characters.

What is the role of Hrishita Bhatt?

She plays my romantic interest and supports me in all my endeavors.

It was great. Though she is a Gujarati and has earlier worked in a Marathi film called ‘Mani Mangalsutra’ , she is not that fluent in Marathi but she has worked hard on her dialogues and has spoken Marathi very well in the film and add to that she is a very good actress and she is also my senior and I got to learn a great deal from her.

He is like my elder brother and it was a learning experience while acting with him and I felt good when he was around to guide me.

How was it like working with the debutant director?

I know Ankur Kakatkar from my Mass Communication college days and we had promised each other that we would work together when he makes his first film and he is a very talented director and has made a great film and Iam sure that he will be a talent to watch out for in the future.

Are you averse to television?

Not really. But ideally I would like to concentrate on films because television is very time consuming and I am busy with my hosting events assignments but if I get a worthwhile offer I would definitely like to work on television.