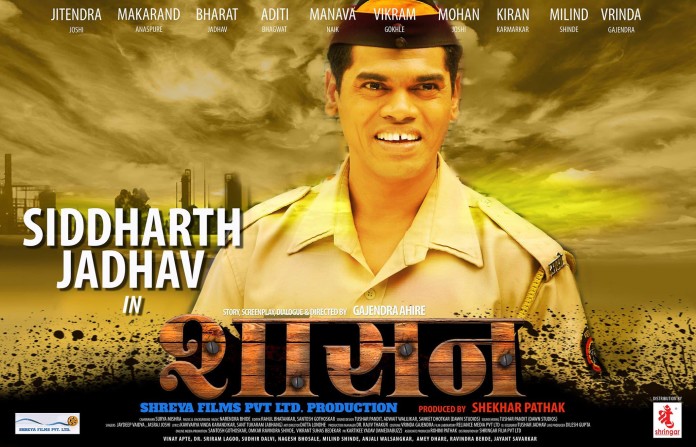 Two things make a man wise, one is the book and second one is the people, this useful thought from upcoming Marathi movie “Shasan” directed by Gajendra Ahire.  Shreya Films Pvt. Ltd. presents and Shekhar Pathak produced ‘Shasan’ movie is based on the politics.

Unknowingly common man gets involved in politics.  Police Force is always there to protect every individual i.e. from common man to celebrities, political leaders. A policeman is also a person, he also have the basic needs. But in today’s situation no one even think of him.  This film shows problems faced by police and their family.  Our country is having shortage of police force, on an average 500 police for 1 lakh citizens.  They are forced to do over times in Ganesh Festival, Navratri Festival, elections, and VIP duties.  This makes them over work even beyond physical capacity.   This leads to health problems, family problems etc.