Marathi film industry has so many different genres of movies. Movie is the best medium to entertain audience with full energetic performances. Comedy genre is for all age group. Keep smiling and be healthy this positive mantra is always given by doctor. So it’s always good to watch comedy movie which has good concepts. There is one movie which is going to add in the comedy genre list named ‘Family 420’ an upcoming Marathi movie directed by Santosh Gaikwad.

‘Lavanya Productions and Creations’ presents ‘Family 420’ produced by Dev Raj. Recently the muhurt shot was completed at the A.B. Studios located at Andheri in the presence of Bollywood Prouducer- Director- Actor Rakesh Roshan and Chairman of Akhil Bhartiya Marathi Chitrapat Mahamandal Shree. Vijay Patkar. Rakesh Roshan gave a compliment for songs of this movie and wishes best luck for the further journey of this movie.

Santosh Gaikwad the director of this film said, “Our motive behind the making of this film is to give full of entertainment package to audience. This film has great combination of various actors from Marathi and Hindi film industry. ”

Producer Dev Raj said, “Earlier Marathi films were known for comedy genre but in mean time Marathi film Industry diverted to serious kind of genre but still audience love full of comedy films and we are making this film from that point of view only. ” 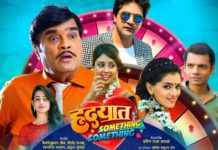 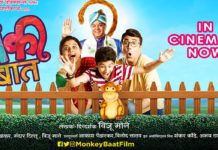 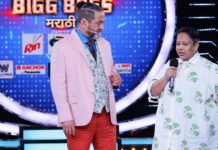