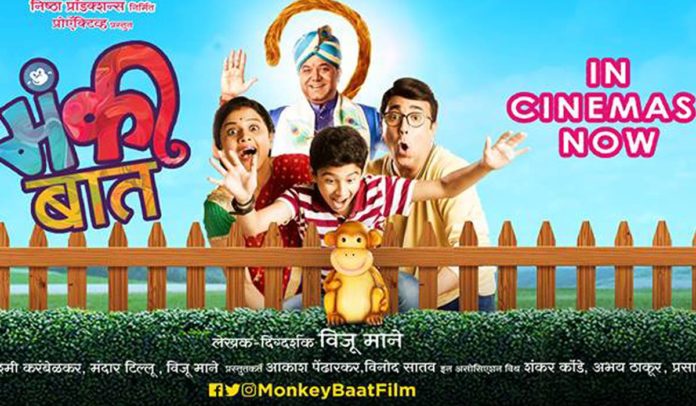 Avadhoot Gupte has ruled on Marathi hearts for so many years now as a singer, composer and even film director! Now he is all set to add another dimension to his all-rounder abilities. He will soon be seen making his acting debut in Nishta Productions upcoming children film ‘Monkey Baat’!

Avadhoot Gupte says he had been offered acting roles long back when he starred in his own music videos, but he has always been reluctant about it as he thought it wasn’t his department! Even when Viju Mane (director of Monkey Baat) offered him a role he was reluctant but after listening to the story of the film he was excited to play the part!

The songs of the film and the dialogues of the film are written by Sandeep Khare and music is composed by Saleel Kulkarni. Presented by Akash Pendharkar, Vinod Satav, Abhay Thakur, Prasad Chavan, Shankar Konde and produced by Vivek D, Rasmi Karambelkar, Mandar Tillu and Viju Mane. ‘Monkey Baat’ is a treat for family audiences this summer holidays which releases on 18th May!