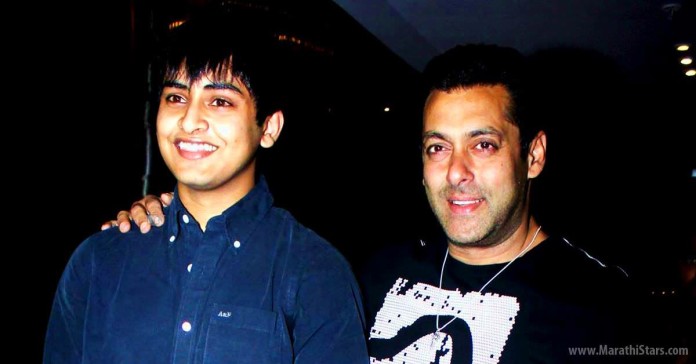 “Satya comes to my gym for workout and first thing he will say “I am too tired today” said Salman Khan at a trailer launch of Satya Manjerkar’s debut Janiva.

Salman Khan has always known for training newcomers in Bollywood. Right from Hrithik Roshan to Ranbeer Kapoor, every starkid spires to develop his muscles with the help of Sallubhai. Satya Manjrekar, son of Mahesh Manjrekar is no exception to this. Satya will be debuting on the silver screen with a Marathi film “Jaanivaa” Salman Khan supported this young actor by appearing for the trailer launch of this film. During this event, Salman’s famous humor side kept everybody smiling.

Salman also said, “Bajrangi Bhaijaan and this film were supposed to release on the same day. I requested Satya to postpone his release as I am too worried about Bajrangi Bhaijaan’s fate in front of Satya’s film”

Though Salman made fun of his new disciple, it was clearly evident how much he really cares about this young generation of actors.