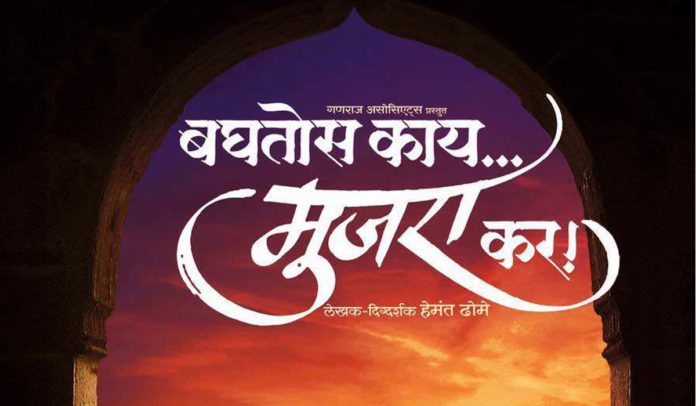 2016 seems to be the year in which Hemant Dhome will make his presence felt in the Marathi film industry. Hemant has been a popular actor courtesy his presence on TV in a number of comedy shows. He has also shown his flair for writing. This year’s Poster Girl was loved by its target audience and Hemant’s screenplay had a major role to play in it. The humour in the dialogues had the audience in splits. Now, after tasting success as an actor and screenwriter Hemant is now directing a film titled ‘Baghtos Kay Mujra Kar’.

From the title and the poster it is quite apparent the film would be about the most loved personality of Maharashtra – Chhatrapati Shivaji Maharaj! Now, not much is known about the film as the shooting is still in progress but you cannot deny that we haven’t seen in the recent past a good solid film on the Janta Raja.

‘Baghtos Kaay Mujra Kar’ has been produced by Shreyas Jadhav and Gopal Patil of Ganraj Associates that had produced Online Binline last year. As mentioned before it has been directed by Hemant Dhome.

Here’s wishing them all the best for their film! 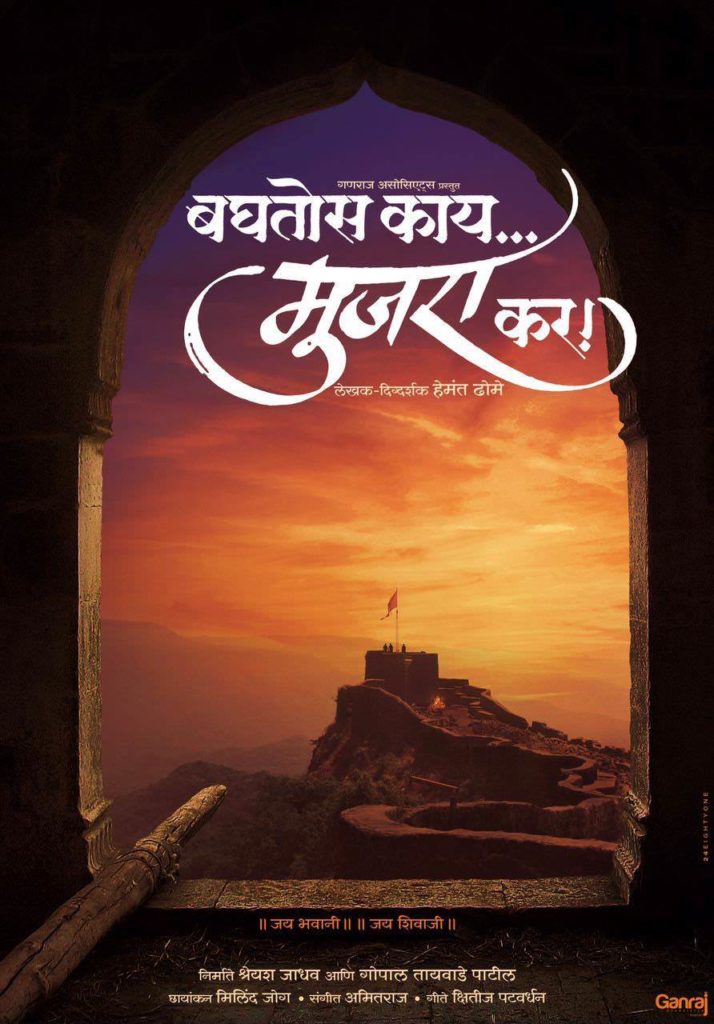