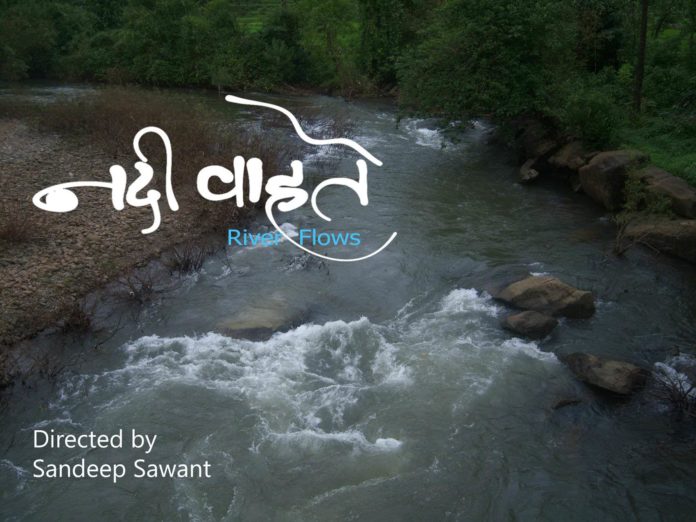 Marathi cinema can clearly be divided into two eras; before Shwas & after Shwas! Such is the impact of Sandeep Sawant’s directorial ‘Shwas’. It was also selected as India’s official entry to Oscars back then. Now after 12 long years he is bringing his new film ‘Nadi Vahate’ which will hit theatres this September!

In today’s time it is very essential to keep our rivers alive, it’s a challenge to keep it flowing naturally. Simply agitating for rivers won’t help, it is necessary to understand the real use of our rivers. This film deals with this content! The film has been awarded at the prestigious Pune International Film Festival (PIFF) & Zee Gaurav Puraskar. Sandeep Sawant & Neerja Patwardhan have produced this film under their banner ‘Sahaj Films’.

Director Sandeep Sawant says that he had to face many financial obstacles to make his second film post ‘Shwas’. He wanted to make his film his way. Moreover he also says that for making a film about rivers, one needs to research properly. Many environmental experts helped Sandeep Sawant through this journey. Now he is very excited to present ‘Nadi Vahte’ in front of the audiences.