The trailer launch of Ganvesh was done recently at Famous Studio in Mumbai in the presence of guests, dignitaries, cast and crew of the film. The film is directed by Atul Jagdale and stars Dilip Prabhavalkar, Mukta Barve, Kishor Kadam, Smita Tambe, Gury Thakur in the lead roles. 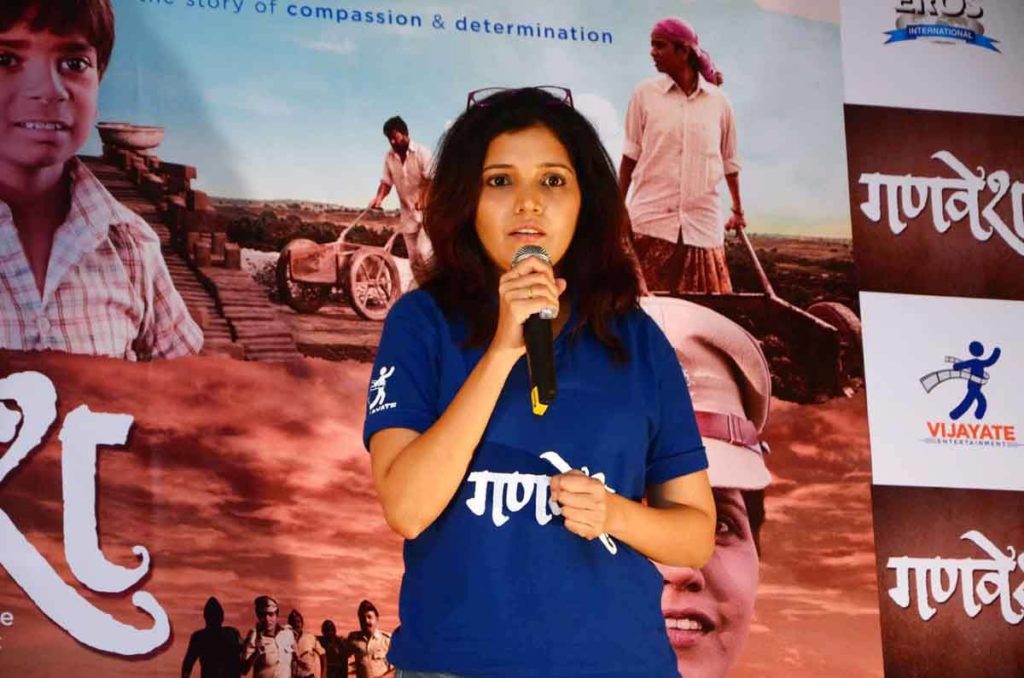 This is the first film by Atul Jagdale as a director who has earlier worked as a director of photography for many Marathi films. The story-screenplay and dialogues are written by Tejas Ghatge. Guru Thakur has penned the lyrics and Nihar Shembekar has composed the music. The songs have been sung by Urmila Dhangar and Nandesh Umap. Background music has been scored by Mangesh Dhakade. Art direction is by Dnyanadev Indulkar. The editing is done by Rajesh Rao. Makeup is by Lalit Kulkarni and costumes are designed by Smita Koli. Action scenes are done by Harpal Singh and Ravi Kumar and Kartik Paul has done the choreography. The film is expected to release very soon in the theatres.