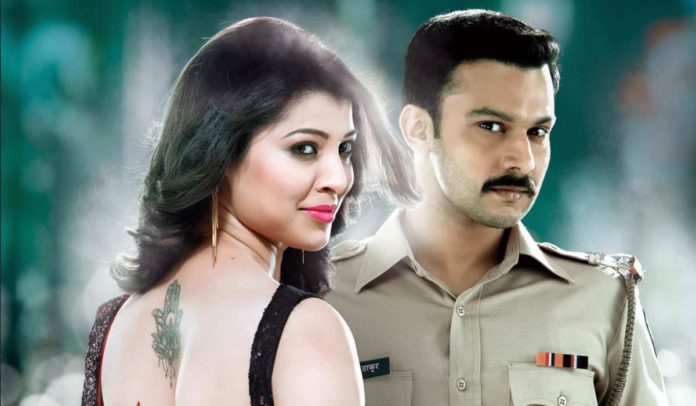 The reason Zee Marathi is the leading Marathi Channel is because of their ability to experiment. They extended the usual prime time slot from 7 to 9.30 pm to 10.30 pm. First with a unique youth centric show like ‘Dil Dosti Duniyadari‘, later with ‘Ratris Khel Chale‘ & a step further with a sensuous mystery thriller ‘100 Days’.

As the title suggests this mystery unfolds in 100 days. Yes you read it right 100 Days will be of only 100 episodes! This is really an important decision taken by Zee especially in the context of future of Indian television.

It stars two of Marathi’s glamorous stars Tejaswini Pandit & Adinath Kothare. it will be telecasted from 24th October in the 10.30 pm slot. 100 Days also stars Ramesh Bhatkar & Archana Nipankar in pivotal roles. The writers, producers & dialogue writers of 100 Days are as same of ‘Ratris Khel Chale’ hence we are sure that 100 Days will be a true blue thriller!

Rani (Tejaswini) & Dhananjay Sardesai (Ramesh Bhatkar) are a happily married couple until one day Dhananjay disappears. Inspector Ajay Thakur (Aadinath) is assigned to handle this case & then he meets the mysterious & sensuous Rani! Ajay feels Rani herself is involved in this but struggles to find evidence. So make sure you don’t miss a single episodes out of the 100 episodes of 100 Days only on Zee Marathi.