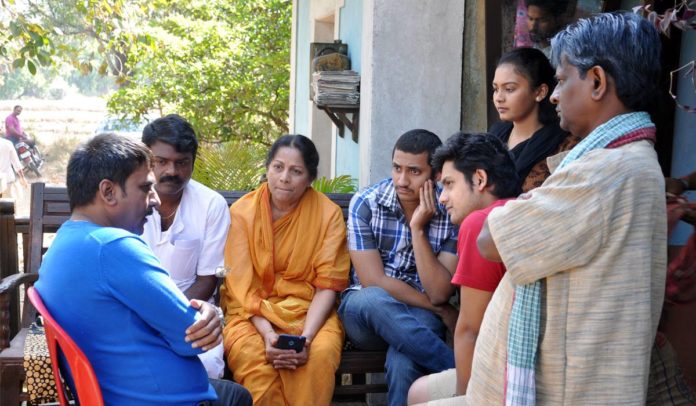 The intriguing mysterious tale of Naik family, their mansion & other weird surroundings have kept the audience engrossed for many months now. Zee Marathi’s Ratris Khel Chale will go down in history as one of the most loved TV serials on Zee Marathi. But very soon Ratris Khel Chale will off air as the story is now in its final phase. Even after facing opposition in its starting days & still went on to be people’s favorite. This happened only because of the quality content & its uniqueness. Not to forget the performances from the whole cast & the authenticity that the serial had because of shooting at real locations in Konkan.

In the first episode itself the head of Naik family, Anna died & that brought the whole family together. Then followed a series of mysterious events, property disputes, murder of theuir family lawyer Nene & the entry of police inspector Vishwas! The biggest mystery is who is actually coimmiting all the murders or is there any supernatural powers involved in it. Every one of us is predicting different probabilities about who the murderer is, but none of us are sure about it!

Don’t we worry as the mystery unfolds finally on Saturday 22nd October! The makers of this serial & Zee Marathi have rightfully realized that if the stretch the mystery too far the audience would lose interest hence they are keeping it short & sweet!

Interestingly most of the actors from the cast are not malvani speaking in their real life. Yet they worked hard on learning Malvani to get the essence of the language right in the serial. The character of Pandu has become extremely famous among the audiences for his weird antics! Prasad Kudtarkar who plays Pandu is also the dialogue writer of this serial & he his happy that a writer like him is now known to the audience.

Another interesting news is that none of actors are aware of the climax themselves as the director has shot the climax with all the actors individually & hasn’t disclosed anything to them! So this means that we the audience will directly watch the mystery unfold exclusively even before the cast & crew of the serial! So don’t miss the last episodes of Ratris Khel Chale & the ultimate mystery revealer episode on 22th October.