The story takes place in the interiors of Raigad, where Ranga (Rohit Utekar), a school kid, is attracted to a girl from his school and village. He tries to woo her but doesn’t succeed. So in order to express his feelings for her, he writes her a letter. However, an incident in their village scares the daylight out of Ranga. Now he must stop the letter from being delivered to the girl. But is it too late?

The film also simultaneously tells the story of the village postman (Nandu Madhav) and his wife (Veena Jamkar) and the tragedy surrounding their life.

Earlier this year, Gajendra Ahire presented an interesting saga revolving around a postman in Postcard. The task is now successfully carried forward by Laxman Utekar but through a completely different storyline and treatment in his directorial debut Tapaal.

It is yet another Marathi film of recent years, based in a rural area, which says a lot without saying much as it brings to light different emotions by varied individuals through just one letter or mail. Needless to say, this was possible due to a rich tale narrated in a contemporary and intelligent manner. Although few sequences in the pre-interval portion remind you of Shala and Fandry, the main storyline bears no similarity with those films whatsoever. 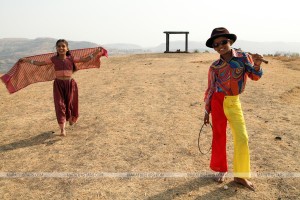 There are, however, some issues that stop the film from being superlative. Events in the pre-climax are questionable. Mentioning them would amount to spoilers though. But the biggest issue is the overdose of tear-jerking scenes. A film that had portrayed various emotional moments so subtly (as mentioned before) should have carried on with the same method instead of including so much of sobbing, which, after a point of time, becomes a bit irritating. 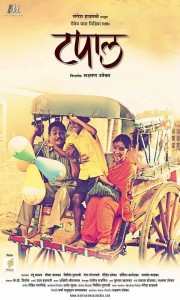 As Utekar has been a successful cinematographer, he has carried that responsibility in this film too and his work behind the camera is excellent. You just can’t help but be amazed by the mountains and landscapes of Raigad through his eyes. The songs, used in the background, suit the situations and so does the high quality background score.

Nandu Madhav moves you with an act that oozes his terrific acting talent. He surely deserves to be seen more. Child actor Rohit Utekar is excellent in a very difficult and physically and emotionally draining role. Veena Jamkar once again displays her high quality talent. Milind Gunaji leaves a mark in an important cameo. Other supporting actors too chip in with good performances.

Tapaal is an interestingly moving experience. The film has a chance at the box office provided it receives the much needed word-of-mouth publicity.